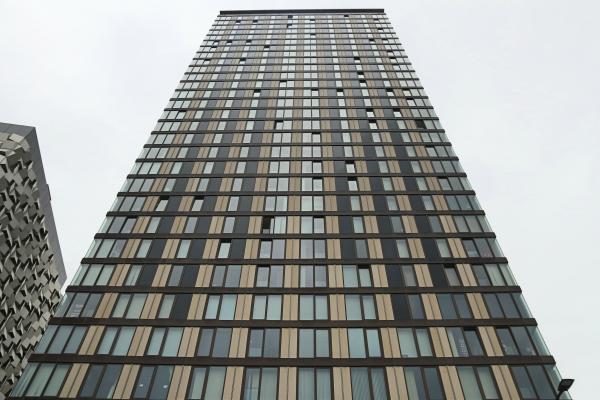 Premier Technical Services Group PLC (PTSG) has set to work on a challenging clean of a large residential development in Sheffield, thanks to the collaboration between two of its divisions.

The City Lofts development consists of two towers, the taller of which is the city’s tallest building at just over 330ft tall. This tower had faced problems using a building maintenance unit (BMU) to gain access, not only due to high winds but because it was unable to reach all parts of the building. Attempts had been made to clean the tower in the past, with no tangible results.

PTSG was contracted to solve the BMU problem without making it completely redundant. The Group’s high-level cleaning experts worked together with its access and safety division and decided to repurpose the existing BMU and cradle track for other maintenance work or more regular, lighter cleans.

The team installed over 90 abseil anchors into the parapet wall to reach more challenging areas, without getting in the way of the BMU’s operation when it was required. The abseil points will also come in useful when inspecting the building for wear and tear, especially on warrantied items such as mastic joints.

Work on the smaller of the two blocks has been completed using the new equipment, and PTSG is now looking ahead to the work to be completed on the cradle rail, and the taller building’s first full deep clean in a long time.