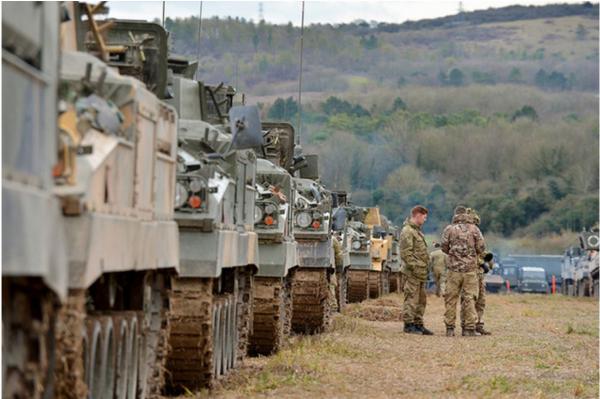 The Defence Secretary Michael Fallon has announced that over £1.1 billion will be invested in creating new accommodation and facilities to meet the needs of the army.

As part of Project Allenby Connaught, the 25 year contract awarded to Aspire Defence Limited will create 200 jobs in South West England. A number of apprenticeships with local colleges will also be set up as the Ministry of Defence retains its place as the single largest apprentice employer in the UK.

Mr Fallon said: "Our armed forces deserve facilities and housing that match the need of this generation. We’re committed to delivering a better defence estate; ensuring our Armed Forces are properly supported and provided for. With our defence budget secure and rising to 2020 will can now properly invest in: our soldiers, their families and communities.

"There will be significant investment on Salisbury Plain and in Aldershot into new Single Living Accommodation, with more than 2,600 bed spaces created. New and improved technical, office, catering, retail and leisure facilities will also be provided."

The new infrastructure will support forces returning from Germany under the Army Basing Programme which was set up to deliver Army 2020 as part of the Government’s 2010 Strategic Defence and Security Review commitments. The construction programme is scheduled for completion by 2020, meaning all British Army units based in Germany can return to the UK by then.

Major General Alastair Dickinson, the Army’s Director of Basing and Infrastructure and MOD lead for the programme said: "This is a significant step forward in the delivery of the Army Basing Programme. The investment is a major part of our programme to deliver facilities and will ensure a high-level of support and service for all those units relocating in 2019."