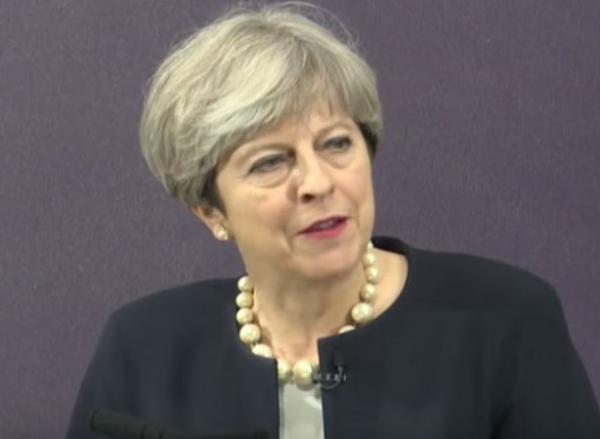 The Taylor review on modern employment practices was published week ending July 14. Matthew Taylor lead a 3 person panel made-up of people claiming to be experts despite never having worked cash in hand or as part of the gig economy.

They went on an all expenses paid tour of the UK to gather evidence about the modern labour market.

Matthew Taylor is the Chief Executive of the Royal Society of Arts - just the right man for the job given to him by Theresa May. He was joined for six months by Paul Broadbent, Greg Marsh and Diane Nicol. The tour took in Maidstone, Coventry and Glasgow, speaking to workers and employers in sectors such as manufacturing and agriculture and those said to be 'giggers'.

Before they jumped aboard a bus, Taylor said: "As well as making specific recommendations I hope the review will promote a national conversation and explore how we can all contribute to work that provides opportunity, fairness and dignity. The review will consider the implications of new forms of work on worker rights and responsibilities - as well as on employer freedoms and obligations.

"With 15% of those working in the UK’s labour market now self-employed, there has been a rise in the number of people doing ‘gig’ work – short-term, casual work that is increasingly sought by people through mobile phone apps when they want to work. The explosion of ‘disruptive’ businesses – where new ways of working and technology come together to create new products and services to better meet consumer demand – is also leading to a change in working practices."

Watch the launch of the Taylor Review of Modern Working Practices with Prime Minister Theresa May - below.

The Review team thinks flexibility is a good thing, in fact we need more. Let me underline that getting a job is still the best way out of poverty and path to opportunity. And let me reassure firms and organisations that good employers have absolutely nothing to fear from our proposals. Indeed we explicitly say that what is sometimes called the employment wedge – the costs of taking someone on as an employee - is already big and should not be bigger.

"Our national performance on the quantity of work is strong. But quantity alone is not enough for a thriving economy and fair society. We believe now is the time to complement that commitment to creating jobs with the goal of creating better jobs. The Review calls on the Government to adopt the ambition that all work should be fair and decent with scope for fulfilment and development.

Why do we think good work matters?

"Because despite the impact of the national living wage and tax credits there will always be people who are in work but finding it hard it make ends meet. Our social contract with those people should include dignity at work and the realistic scope to progress in the labour market.

"Because bad work – insecure, exploitative, controlling – is bad for health and wellbeing, something that generates cost for vulnerable individuals but also for wider society.

"Because, as many business leaders recognise, low quality work and weak management is implicated in our productivity challenge. Improving the quality of work should be an important part of our productivity strategy.

"Technology – like robotics and machine learning – is going to have a big impact on jobs and the tasks that make up those jobs. As we seize these technological opportunities – as we must – we should do so with the aim of making working lives better, taking away the drudgery and leaving the human contact and creativity that machines can’t provide."

To increase clarity for business and workers:

Prime Minister May said: "One sided flexibility is when employers seek to transfer all risk on to the shoulders of workers in ways which make people more insecure and make their lives harder to manage. It is the people told to be ready for work or travelling to work only to be told none is available. It is the people who have spent years working for a company on a zero hours contract but who, without a guarantee of hours from week to week, can’t get a mortgage or a loan. It is the people who feel that if they ever raise legitimate concerns about their treatment they will simply be denied the hours they desperately need. It is these issues that have led us to ask the Low Pay Commission to explore the idea of a higher minimum wage level for those hours which people are asked to work but which are not guaranteed to them. It is also why we have called for a right for people to request fixed hours and permanent contracts along with a requirement that companies disclose how they have responded to such requests. There is nothing wrong with zero and low hours contracts but they should be a means to two way flexibility not a lazy way for those with market power to dump risk on those who lack it."

The current employment framework means a person’s entitlement to employment rights is determined by their employment status.

Worker – entitled to a range but not all employment rights: the National Minimum and Living Wage, annual leave, rest breaks, right not to be treated less favourably as a part-time worker, protection from discrimination at work.

Self-employed – no entitlement to employment rights beyond basic health and safety and anti-discrimination framework.

Commenting on the publication of the Taylor Review, Dr Adam Marshall, Director General of the British Chambers of Commerce said: "The world of work is changing, and it is only right that employment law and practice change with it.

"Matthew Taylor has rightly recognised that the UK's flexible labour market is a great source of strength and competitive advantage but has also recommended some commonsense changes where grey areas have emerged in recent years. We are pleased that he has acknowledged that UK firms already face high costs in addition to wages and has sought to avoid adding to these burdens at a time of uncertainty and change.

"Civic-minded business leaders across the UK have expressed concerns about the consequences of insecure employment in their local communities in recent years and recognise there is a two-way bargain that needs to be struck that gives flexibility and security to both employers and employees. Civic businesses will also agree with Taylor on the importance of good quality work, and opportunities for growth, development and workplace health.

"While the notion of a wage premium in exchange for uncertain working hours is superficially attractive, it could have unforeseen consequences, and push wage costs up elsewhere. Further expert consideration of the potential impact of such a measure on jobs will be needed.

“If the new category of 'dependent contractors' proposed by the review is implemented, it must have a clear legal definition to prevent any ambiguity or unintended knock-on effects."