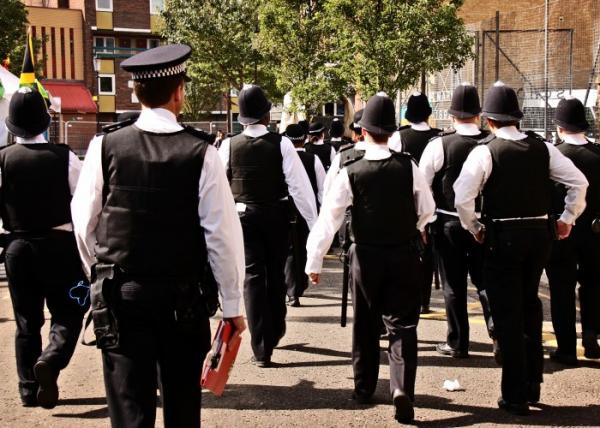 A major exercise to test the emergency services and Government response to a terrorist attack was held in central London over two days this week.

Over 2,000 participants from 14 organisations have been put through their paces, testing the London emergency services and Government response to a series of mock terrorist incidents in the Capital.

The live play elements of the exercise took place at venues in Surrey Street, WC2, a disused building on the Albert Embankment, Lambeth and at Wood Wharf in Canary Wharf.

Meanwhile, at lunchtime on Thursday, officers were called to Sussex Gardens in WC2 to reports that a gas cylinder had exploded on a construction site. Extensive road closures were put in place and the public urged to avoid the area. There were not thought to be any casualties and the incident is not thought to be counter terrorism related.

Back to the exercise

Throughout the exercise agencies plans were tested as first responders managed the scenes, protected the public, rescued the wounded and tracked down those responsible. Senior decision makes from the key London agencies and Government practised how to manage the impact of attack.

Deputy Assistant Commissioner Maxine de Brunner, Exercise Director, said: "I'd like to thank Londoners for their patience over the last couple days as the exercise may have caused them some disruption.

"Now it is over will start a debrief process to make sure that we capture every bit of learning. That learning will be fed into our plans, to make sure they are best as they can be. I am really pleased with how the exercise has gone, and was impressed with how well all the agencies first responders coped with dealing with such an attack.

"The tragic events around the world, especially in the last few days, reinforces it is only right that we are as ready as can be should such an attack occur in our City.

"We had good plans, brave staff and excellent coordination before the exercise. Now those plans have been tested and we will learn from that. Londoners should be reassured that if the very worst happens we are prepared to be the very best that we can.

"Through testing and exercising, constantly challenging our assumptions, refining our tactics and learning from our own experiences and those from others around the world we can all have confidence in our ability to respond."

This operation, which had been planned for over six months, is part of the Government's regular National Counter Terrorism Programme of exercises and has been developed jointly by the Metropolitan Police Service and the Home Office.

Picture: The Police, Fire Brigade and Ambulance services were joined by soldiers and intelligence officers for a major exercise to test reaction to an attack by armed terrorists.