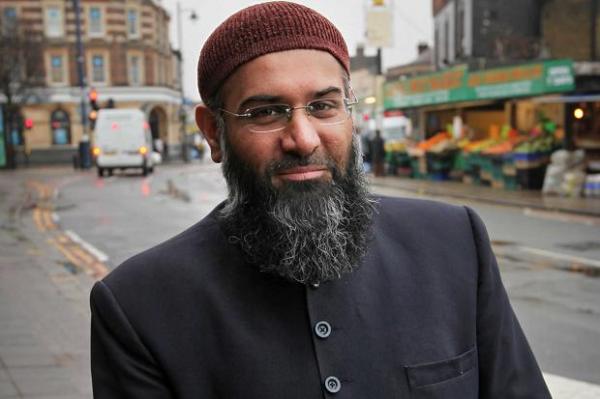 Anjem Choudary, a so-called Muslim extremist preacher and nine other men have been released on police bail following their arrest on terror related charges. One man who was also arrested appeared in court on Saturday charged with offences under counter terror laws. Choudary and eight other men were detained by counter terrorism police (SO15) on Thursday with a further two men taken into custody on Friday. Within minutes of his release, it is reported that Choudary warned of terror attacks in the UK.

Last week reports of a planned attack on the New York subway were also aired - see full story below.

Choudary said that the RAF involvement in coalition air strikes on IS within Iraq air strikes will lead to terror attacks in the UK. It has been suggested  that he and the other men arrested had been involved in Twitter chatter last last week that lead to dawn raids on Thursday - with a vehicle stopped and its occupants detained on the M6 on Friday.

One of those arrested, Trevor Brookes, has been charged. The others were bailed pending inquiries. Brookes' is said to have broken notification conditions applied to him under the 2008 Counter Terrorism Act.

Choudary told The Guardian newspaper: “We saw it before with 7/7 [attacks on London on 7 July 2005], 9/11 [attacks on the US on 11 September 2001], it’s inevitable, if they are going to attack Muslims abroad. I’m not involved in any terrorism. I have and will continue to expose the British government for their foreign policy. I fight ideas with ideas.”

The Guardian also described Choudary as believing a 'covenant of security' exists which means that Muslims living in Britain should not attack it.

Anjem Choudary, a so-called extremist Muslim preacher and eight other men were detained by counter terrorism police (SO15) on Thursday. This morning, (Fri 26 Sept) a further two men have been hauled-over on the M6 (just after the junction with the M1) and taken into custody.

They were arrested some time after midnight with the younger of the two (33) being held on suspicion of being a member of and supporting, a proscribed banned organisation contrary to the Terrorism Act and encouraging terrorism. The older man (42) was held for assisting an offender. They have been taken to London - almost certainly Paddington Green specialist terror suspect facility. all eleven men taken into custody so far could face prison sentences of up to seven years if convicted.

Thursday saw 19 addresses raided by the Metropolitan Police's counter terrorist forces - who act nationally. The Met says the arrests are not in connection to an imminent threat but are part of an ongoing investigation. Some pundits claim that investigation was triggered on Thursday morning when Choudary made a series of Tweets opposing air strikes on IS (Islamic State) operations in Iraq and Syria.

UK Government to decide on involvement

Parliament has been recalled and later today the House will take a vote military action - air strikes -  on IS in Iraq. The action by coalition forces has, it is said, been requested by the official Iraqi government. The debate may take some time to reach a conclusion. The UK will not consider action in Syria at this time as no similar request for intervention has been made by the country's President  Asaad.

The banned or prescribed organisation Choudary and the others are thought to be involved with is The Emigrants of Al-Muhajiroun which has a number of aliases. The majority Salafi-Wahhabi Islamist terrorists suspects arrested in the UK have had some link to the organisation that was finally banned in Britain under the UK Terrorism Act 2000 on 14 January 2010. In 2002, it ran a conference praising the 19 people involved in the 9/11 attacks on the USA.

Although largely discredited today, on Thursday, Iraq's prime minister claimed that captured IS fighters had revealed a plan to attack the New York Metro to his security service. Prime Minister Haidar al-Abadi met with Barak Obama at the UN conference being held in New York this week. International security agencies have dismissed the reports.