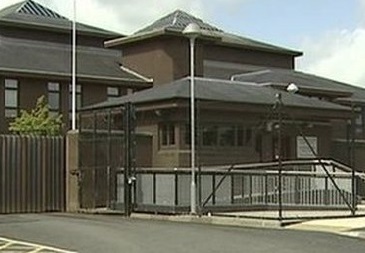 A man who was browsing the web on his phone looking at cars moments before he killed a pensioner has been jailed for 13-and-a-half months.

Edward Devlin, 21, from Newry was also banned from driving for four years at Craigavon Crown Court this week ending October 28. His sentence would have been harsher, according to the judge, if he had not admitted the offence or shown genuine remorse. An allowance wa also made for Devlin's age.

Ian Leonard Bailie died when he was struck by Devlin on the Old Ballynahinch Road in Lisburn on October 28, 2014. Mr Bailie passed away in the Royal Victoria Hospital from his injuries almost a month after the incident.

The court heard that Devlin had used his phone to send a text message and for web browsing during the course of his journey.

He had mounted a grass verge to avoid a collision with an oncoming car, however, Mr Bailie was standing at his gateway close to a pole which the defendant struck. The judge said it is unclear whether the deceased was struck by the van or the pole or both.

A GPRS device installed in the van Devlin was driving showed no evidence of excess speed.

Picture: Craigavon Crown Court where Edward Devlin was handed a 27-month sentence, half to be served in custody and half on licence, for causing death by reckless driving