The City Of Tomorrow 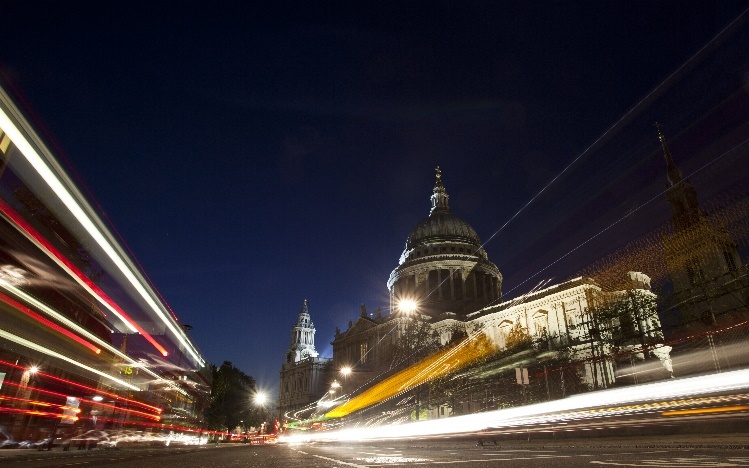 Almost half of the world’s population is currently living in cities, and by 2050 the figure is expected to rise to 75%. Nobody really knows what the city of the future will be like. Movies and books throughout history have attempted their own version of futuroloogy  - some with more success than others – but experts are saying the time has come to start designing smarter, urban environments to accommodate a growing population.

The question that now comes to mind is what will they look like? And what challenges will next generations be facing?

Companies like AGT, Ford, Xerox and Bosh; celebrated architects like Sir Norman Foster and institutions such as Oxford University seem to have a very clear image of what we are to expect in the future. Or, at least, working on relevant projects that could give us hints as to what these smart cities could be like. Let’s have a look at some of them:

Airports of drones, aka ‘droneports’

Foster and Partners, the award winning British architects who are responsible for the development of the first airport of drones. The aerodrome is currently being built in Rwanda and after completion, it will serve to transport medicines to areas that are very difficult to reach by road. “One of the main reasons for the lack of availability of medical supplies in Africa is the poverty of their infrastructures,” said Foster and Partners to explain the relevance that this type of transport might have for the country.

Considering that 80% of the parcels weigh less than 2kg, the use of drones as a transportation vehicle could imply great improvements in terms of time and shipping prices.

Rwanda’s droneport is expected to be completed by 2020.

A green future and smarter cities

Some constructors and developers are already promoting the use of eco-friendly and energy efficient materials and it’s expected others will follow their suit.

Sustainability experts predict carbon-free cities, full of electrical vehicles and bicycles, in which the eco-buildings will blend naturally into the cityscape. They also predict the installation of sensors that will communicate information about weather, pollution levels, the state of traffic or the general health of the city infrastructure.

In March of 2013, a China based company called WinSun claimed to have printed 10 houses in 24 hours using a 3D printer that mixed industrial waste and mine tailings. At the time, no one really believed these types of homes could last, yet a year later the same company further demonstrated the efficiency of their technology by building a five-storey apartment building and a 11,840-square foot villa, including decorative elements inside and out.

The Hyperloop continues to dominate headlines, with experts suggesting the vehicle will eliminate the barriers of distance and time. Many think the real transportation revolution will rely on autonomous vehicles and a substantial growth in the field of electric automobiles.

With regards to autonomous cars, companies such as Ford are expecting to deliver fully autonomous vehicles by 2021 and their experts forecast that petrol and diesel engines will likely disappear in the next 15 years. For some, this could be a discomforting premonition but so too was the steam train along with the first vehicles powered by internal combustion engines – not to mention that countries including France are already planning to ban the sale of petrol and diesel cars by 2040.

For those refusing to embrace this possible change, there are other benefits Ford experts highlight when making their predictions, such as the regular use of autonomous vehicles increasing car-sharing services. This is expected to help decrease the number of vehicles and the need of parking areas, which will lead to a refurbishment of the public space: wider pavements, more green zones and, ultimately, more room for pedestrians to walk freely across the city.

Parking adapted for the autonomous vehicles

According to Xerox’s study Keeping our Cities Moving, 20% of drivers in cities spend more than 15 minutes trying to find a parking space. In the city of the future, this won’t be a problem anymore. Volkswagen, Bosch, the Polytechnic Federal School of Zurich (ETH) and Oxford, Braunschweig and Parma Universities are collaborating to develop ‘V-Charge’, a system that allows autonomous cars to find a parking space and a charging point without a driver.

AGT is currently working with different governments to map out how safe a city is at any given time of the day. The company uses predictive algorithms and collects data from a constant stream of sources including video sensors, face recognition cameras, databases and social media inputs. This data is then processed and converted into a comprehensive picture of the urban landscape that can be used to identify and alert certain behaviours, events and patterns, or notify the authorities when an incident occurs.

Vertical farming is the practice of producing food in vertically stacked layers or other structures such a skyscraper or a warehouse. As the global population continues to increase, more land will be required to feed them. Vertical farming could be a solution for cities to grow sustainability.

AeroFarms own the world’s largest indoor vertical farm. The American company has invested $30m into the green revolution that seeks to produce more crops in less space. The produce is manufactured using a technology in which crops are grown in vertical stacks of plant beds, without soil, sunlight or water.  AeroFarms currently operate three vertical farms in Newark, New Jersey (USA). With the main one measuring an impressive 70,000 sq. ft. and harvests up to £2m of produce per year.

These are just a few of the more notable features that we expect to see in of smart city of tomorrow. It is obvious that to make tomorrow’s city happen, a tremendous amount of investment will be needed but it is highly probable that the benefits will outweigh the costs.

Article with thanks to CRL Construction Insurance Specialists

COVID-19 has revealed the shortcomings of major cities in times of crisis and smart city initiatives might be able to help address these. According to a report from...