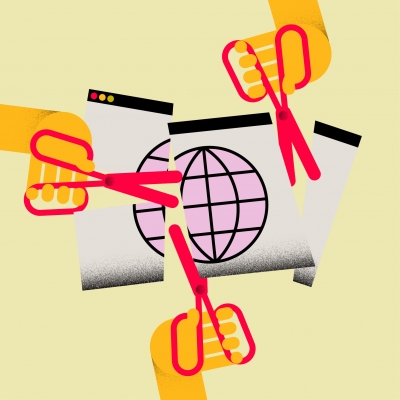 The giant trends, social movements and technological breakthroughs which are set shape our lives in 2017 have been predicted by the research and innovation foundation Nesta.

According to the firm, 2017 will be the year the internet becomes the ‘splinternet’, plant butchery will hit the mainstream and people will start volunteering from the comfort of their sofa.

This year’s predictions are characterised by growing scepticism of the place of technology in our lives and an awareness that education is our most powerful tool in the face of job automation.

In recent years, Nesta has accurately predicted the growth of crowdfunding, the popularity of mobile payments and the advent of 3D printing. Its thought-provoking predictions are based on innovative research, expertise and work with organisations around the world developing ideas that will help improve all our lives.

Geoff Mulgan, CEO of Nesta comments: “The world is full of surprises and 2016 defied many expectations. But the rise of populist politics shouldn’t have surprised anyone, any more than the escalating debate about automation and jobs. All the signs were there to be seen. That’s why we at Nesta encourage prediction each year, partly to better understand what may happen but more importantly to focus on what possibilities should be encouraged rather than discouraged.”

1. End of the World Wide Web: to fight the growing threat of cybercrime and cyberterrorism, in 2017 countries and regions will increasingly create their own decentralised versions of the internet. Could the rise of the 'Splinternet' herald the end of the open network we've come to know and rely on?

2. Veganism gets bloodthirsty: a new wave of ‘plant butchers’ are using vegetables to create steaks, salamis and even ribs that feel, taste and even bleed like actual meat. The best thing? They’ll be healthier, more sustainable and just as delicious as the real deal.

3. Charity begins at home, literally: a busy life, squeezed incomes and unsociable working hours make it hard for people to volunteer in their communities. But new apps and online tools now makes it possible to volunteer your time, money and even data from the comfort of your sofa.

4. Brexit transforms the UK...into Germany: few would expect that June’s referendum result would leave Britain looking more like EU-linchpin Germany but with the Brexit government promising more money for research and greater regional prosperity, it just might.

5. The retraining revolution: with huge numbers of jobs slated to be automated over the coming decades, more resources will need to be focused on retraining and reskilling the human workforce. Next year we will start to see the adult education agenda go way beyond evening classes.

6. V-Art: artists and curators will begin to embrace the VR technology that is transforming gaming, bringing it into their artwork and exhibitions. The next year will see the barrier between the virtual and visual will become increasingly blurred giving us new sensory ways to experience art.

7. People take control of their data: the online world is dominated by a handful of giant corporations who use the data we give them to wield enormous power. In 2017 new technology will allow ordinary people to choose when to release their information, empowering them to bypass digital middlemen like Uber and AirBnB.

8. Teamwork on the curriculum: in 2017 education systems worldwide will focus on how students can work together in the creative and social ways most jobs demand. Called ‘collaborative problem solving’, in an age of cutting-edge technology this method of learning will prepare pupils for the future.

9. Computer Says No - the backlash: machine algorithms are increasingly responsible for making decisions for us - from recruitment to the justice system to the news we consume. While they were designed to make things simpler and fairer, there have been issues. Scepticism about digital decision making will gather pace in 2017.

10. Patients stand up for their healthcare: 2016 saw a heated debate about the future of healthcare in the UK, and in 2017 we predict that patients themselves will become part of the dialogue. As budgets tighten and technology improves the NHS will become increasingly open to people taking control of their own treatment.

Picture: Is this the dawn of the Splinternet? Nesta thinks so