The Fast and the Furious 2 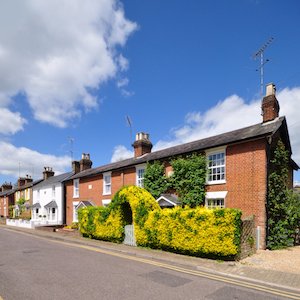 People in Rickmansworth are enjoying the fastest broadband speeds in the country, according to their average speed test data.

Cable.co.uk has analysed more than 50,000 speed tests submitted over the past 12 months to find out where the fastest and slowest broadband is in the UK.

And while Ofcom suggests the average UK download speed is 22.8Mbps, people in Rickmansworth, Hertfordshire get more than three times that, with average downloads of 77.17Mbps.

The data is not broken down by provider but is matched to the exchange the connection uses and analysis has shown that the fastest average speed is at the Rickmansworth exchange.

The findings come just a week after research revealed that Three Rivers in Hertfordshire – home to Rickmansworth – is the district with the widest gulf between rising property values and earnings.

Research from Halifax showed that in the UK one in four homes are earning more than their owners, with an increase in the number of homes outpacing their owners’ earnings.

Three Rivers was the district with the widest gulf between rising property values, with house prices increasing by an average of £147,990 over the last two years, beating average take-home earnings in the area by £97,992.

The government is aiming to provide access to superfast broadband to 95% of the country by 2017, and has pledged to introduce a ‘universal service obligation’ – the minimum speed people can get – of 10Mbps by 2020.

But earlier this week business leaders accused the government of 'a poverty of ambition'.

The Institute of Directors said despite having the leading internet economy in the G20, download speeds in the UK are 'mediocre' and fibre coverage is 'woeful'.

Miserden has slowest broadband in UK

The Gloucestershire village of Miserden is at risk of becoming a digital ghost town, says cable.co.uk as it has the UK's slowest average broadband speed.

Download speeds in Miserden averaged 1.3Mbps, meaning it could take 119 hours to download the Bond film Spectre in HD.

Cable.co.uk is a consumer comparison site. it released a list of the slowest and fastest speeds recorded by householders themselves, under their existing broadband deals.

Picture: How long would it take to download this pic if you lived in Miserden.