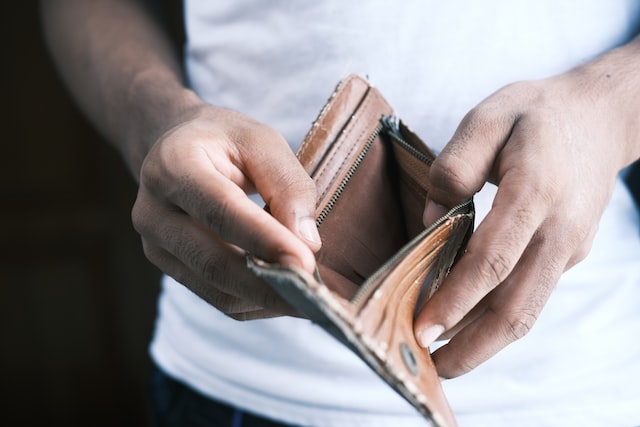 Ayesha from The Employers' Initiative on Domestic Abuse outlines how employers can provide extra support to those at risk of experiencing domestic abuse during the cost of living crisis.

Ayesha Fordham is the Membership and Partnerships Manager at the Employers' Initiative on Domestic Abuse (EIDA). She supports and connects employers to take action on domestic abuse while working closely with other services in the domestic abuse sector. She was formerly a Domestic Abuse, Vulnerability and Risk Policy Officer at the City of London Corporation and Independent Domestic Violence Advocate (IDVA) also within the City of London.

The Cost of Leaving an Abuser

While the cost-of-living crisis is challenging for everyone, it is having destructive consequences for people experiencing domestic abuse.

The charity Surviving Economic Abuse has described how abusers can take advantage of the current crisis to force victims to pay more, push them into (more) debt or force them to live in poverty. Economic abuse is one of a number of different forms that abuse can take and involves the control of access to money, resources or employment.

The cost-of-living crisis also increases the cost of leaving an abuser and living on a single income. A survivor who has children to support they may fear that they will be unable to support their family if they leave. Some frontline workers at Refuge have even said that survivors have returned to perpetrators because they cannot afford to live alone or as a single parent.

In a survey carried out by Women’s Aid, 50 per cent of survivors said that they were prevented from fleeing due to the reality of not being able to support their children and 73 per cent said that the cost-of-living crisis had either prevented or made it harder for them to leave. The charity Hestia has also reported a 30 per cent increase in demand for domestic abuse refuge as a result of the cost-of-living crisis.

That’s why it’s more important than ever for employers to ensure they are aware of the signs of domestic abuse and know how to keep staff safe if a disclosure of abuse is made. We recommend that employers:

Employers can make a huge difference in easing the financial burden, supporting an employee to leave their abuser and potentially saving their life.

Picture: a photograph of a person holding an empty wallet. Image Credit: Unsplash

Symposium Launches to Encourage Domestic Abuse Awareness in the Workplace

Headed up by FM consultant and domestic abuse campaigner Fiona Bowman, a Survivors Symposium to help break the cycle of abuse through awareness, prevention and early...