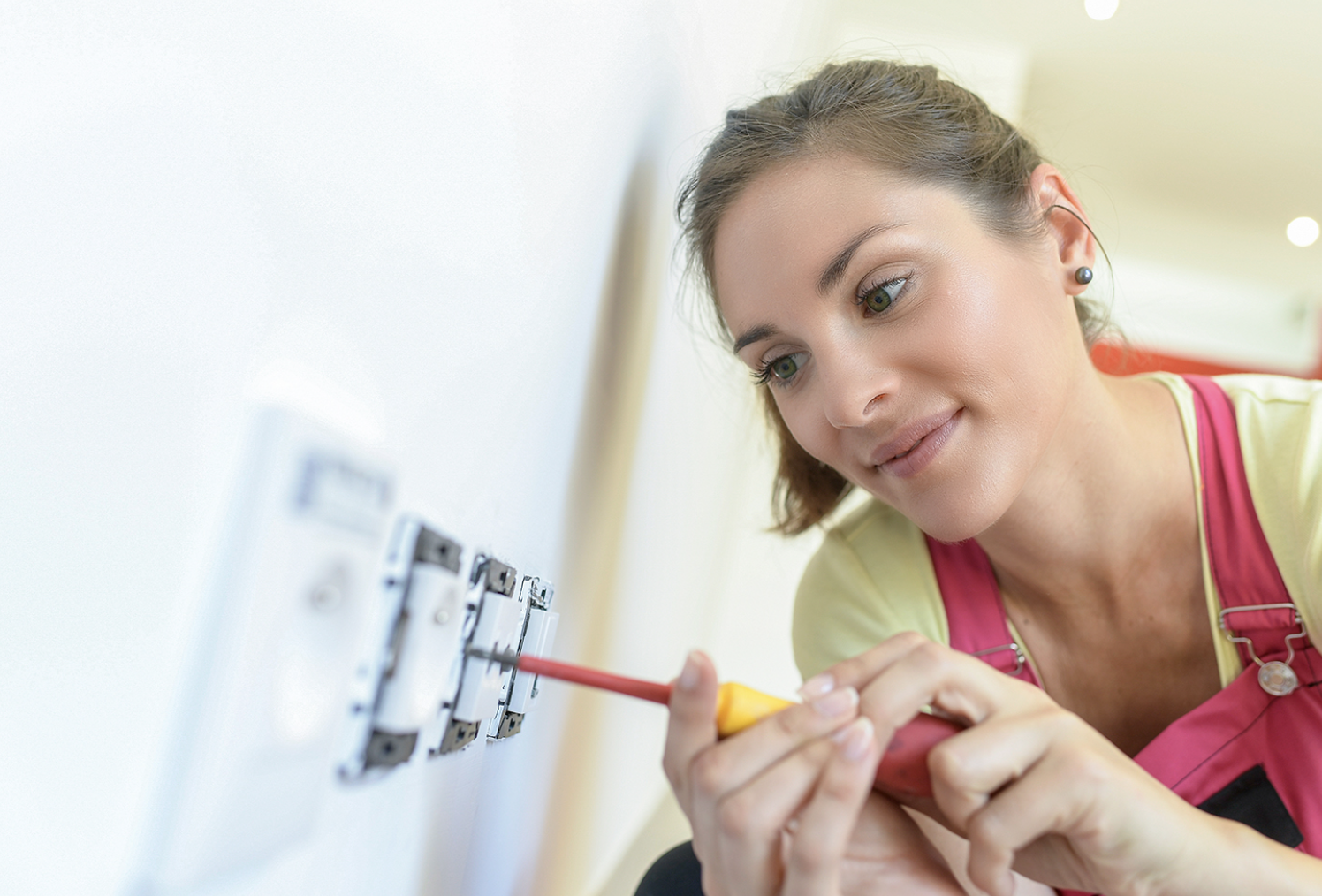 Stephanie Rampton, who owns a fire risk assessment company, is creating a database of female FM contractors to work on maintenance jobs in women’s refuges.

After completing a safety assessment for a London-based refuge and speaking with the owner, Stephanie discovered when maintenance is required to the refuge's facilities, those managing the building are often unaware that companies can provide women contractors.

“I used to visit a lot of refuges through the Housing Associations that I worked for," said Stephanie. "The management was surprised and excited to see a woman in a fire safety role, as it’s such a male-dominated industry. Ordinarily, the women living in the refuges would have to stay in their rooms whilst the work was being carried out.

“At the time, there were three women available to provide fire risk assessments on the team, but there was no real communication that we could provide such a service”.

Stephanie marked on the refuge’s fire risk assessment that future companies should only send women contractors. Years later, this interaction would inspire Stephanie to raise awareness of women in her industry when she started her own business:

“More women seem to be represented in trades such as interior design and painting and decorating these days, and websites like TaskHer which specialise in tradeswomen are out there, but there’s a huge gap in specialisms such as fire safety. Sadly, we are still not used to seeing women in such roles, but we are out there.” 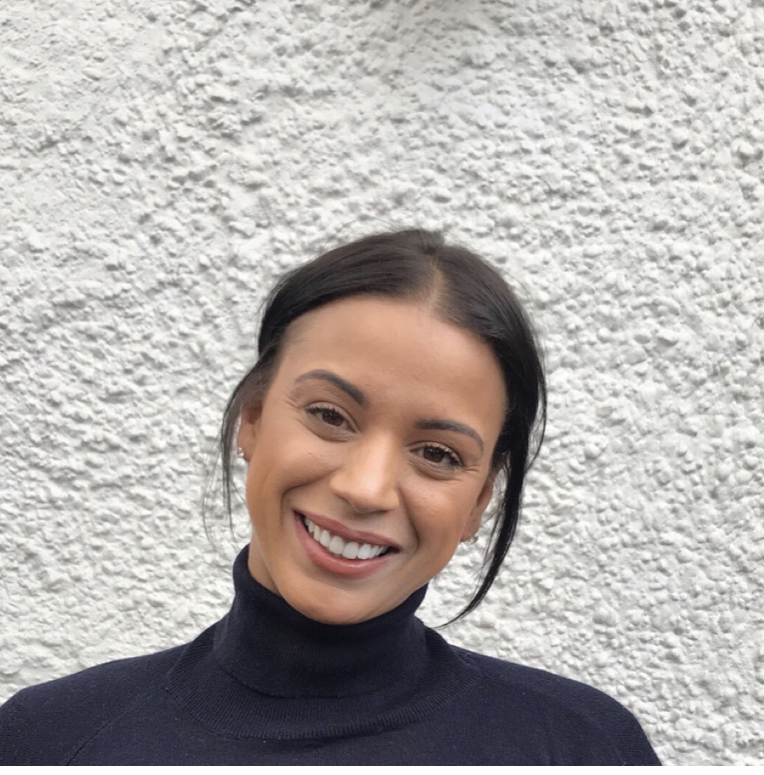 Picture: a photograph of Stephanie Rampton.

A Call to the FM and Building Maintenance Industry

“It is so obvious and so necessary for female tradespeople to take on this role in refuges. I can’t believe it’s not in place already”

Harnessing the power of her LinkedIn network, Stephanie, Owner of The Regency Safety Group, put out a call to the industry to support her in creating a database of companies that can provide female operatives, including building maintenance professionals, electricians and fire door inspectors.

Her efforts were bolstered when author, social worker and social media influencer lalalaletmeexplain shared Stephanie’s idea on her Instagram page. Lalalaletmeexplain told ThisWeekinFM : “My friend was recently in a refuge, she said that it was particularly uncomfortable for some of the Muslim women when workmen came over as they would have to cover up before their arrival. She said that the presence of men in the home was really difficult for many of the women.

“It is so obvious and so necessary for female tradespeople to take on this role in refuges. I can’t believe it’s not in place already”

Refuges can be a lifeline for women and children escaping domestic abuse. Between April 2020 and February 2021, 4,481 referrals were made to secure refuges across country.

According to Women’s Aid, most refuges are reliant on managing agent arrangement leases with social landlords – a relationship that can be very complex and might account for some of the discord when it comes to procuring suitable maintenance services.

Why The Need for Female Contractors in Refuges?

As Stephanie noted, many of the women who reside at the refuges feel uncomfortable around male contractors and will stay confined to their rooms during maintenance work.

Lucy Whittaker, Founding Director of Alpha Vesta, a community interest company that helps workplaces to break the cycle of domestic abuse through awareness and safe early intervention, explained to ThisWeekinFM why female contractors in women-only spaces is such an important conversation to have:

“The majority of residents in refuge accommodation are victims/survivors of intimate partner violence, where a pattern of severe coercive control and violence could lead to further harm if they stay within their own home or area.  The majority of refuges are female-only, and the majority of those residents will have experienced intimate partner violence or abuse by a male partner.  A women-only space offers these particular victim/survivors time to heal and feel safe, before moving back out into the community.

“They are often psychologically broken, scared, fearful of the future and frightened that the perpetrator may try to find both them and their children.  Having female contractors within the refuge offers that added feeling of safety and security. Sometimes we see cases of male contractors creating anxiety within the refuge as the residents are so fearful that it could be a male perpetrator trying to seek out their victim.

“Whilst segregating women and men long term, isn’t a solution, creating an ‘all-female safe space’ while important processing of trauma and healing takes place can be incredibly important.”

After fifteen years working in the social housing industry and being a survivor herself, Stephanie says she is well-placed to kickstart this project, and feels that more training is needed for contractors working in spaces where people are vulnerable.

“A refuge is a place to process trauma and rebuild a new life.  For someone having experienced it, it’s an incredibly uncertain and nervous time for them and sometimes that mountain may seem too large to climb,” agreed Lucy Whittaker.

“They need considerable support put in place and sensitivity around those that may be easily triggered by loud noises, shouting and banging is desperately needed and something many don’t even consider.”

Some sensitivity and awareness training is available, such as that offered by Dr Kelly Henderson, Managing Director of Addressing Domestic Abuse who helps to educate property repairs companies on recognising the signs of domestic abuse. She told ThisWeekinFM:

“It is imperative that repairs operatives are able to recognise the signs of domestic abuse. In many cases they may be the only person who has been in a home for some time and by referring this information back to the housing team to sensitively offer support.”

Future Plans for the Database

“I just want to let those domestic abuse services know: we are here, we see you and we hear you."

Stephanie intends to set the project up as a CIC and apply for funding to accelerate her plans.

“I just want to let those domestic abuse services know: we are here, we see you and we hear you.

“I’ve had such an overwhelming response to this already and I’m so excited to make it a reality and get it out there.”

To contact Stephanie to enquire about joining the database, click the button below, or head to https://ourspace-cic.com/

GET INVOLVED IN THE DATABASE

Picture: a photograph of a person wearing overalls using a screwdriver to work on an electric socket Image Credit: Shutterstock

Ayesha from The Employers' Initiative on Domestic Abuse outlines how employers can provide extra support to those at risk of experiencing domestic abuse during the...