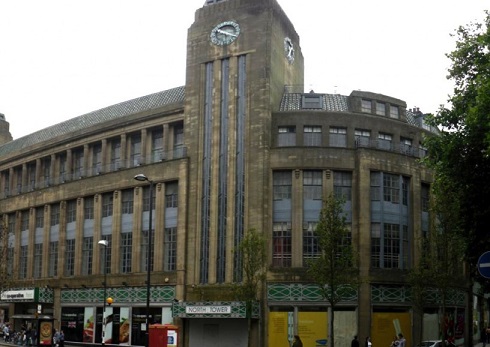 On Sunday, Interserve was in the news for all the wrong reasons as the Daily Mail Online went to town on the Metropolitan Police for overspending on what the paper clearly felt were trivialities whilst also driving through with a major police station closure plan - Shari Miller for the Mail wrote that plans for the capital include closure of up to 65 stations and a cut in officers.

Unfortunately when ThisWeekinFM contacted Interserve for a statement, nobody was home to answer the call.

In her report, Miller claims the Metropolitan Force has been forced to reveal paying £100 to Interserve for emergency lightbulb changes by a campaigning lawyer (Jessica Learmond-Criqui, of Hampstead, North London specialises in employment law) who requested information following complaints made to her by  police officers afraid of losing their jobs. A standard bulb replacement costs £26 per bulb including labour.

Jonathan Isaby, chief executive of the TaxPayers' Alliance is reported as saying: “It's utterly crazy that the Met would even consider wasting so much money on changing a light bulb. This sounds like the punch line to a bad joke.”

Meanwhile, Interserve, in partnership with DTZ Investment Management, is to bring a former Co-operative department store in Newcastle city centre back to life to create a mixed use scheme, incorporating leisure facilities, hotel accommodation and retail units. The Co-Op sold the property to DTZIM.

The Grade II listed art deco building extends to nearly 170,000sq.ft over six floors and has been a feature of the city’s skyline since it opened in the 1930s. The sale also includes the adjoining car park and Chinese restaurant.

The work is schedule to be complete by December 2015 with Premier Inn operate a 184 bed hotel. Dougie Sutherland MD of Interserve Developments said: “The collaborative approach between Interserve, Premier Inn and DTZIM has ensured that this complex scheme is now viable and can be progressed.”

With its twin towers, sweeping curves and huge windows, the city-centre building was once Newcastle’s most elegant shopping outlet.

Construction work on the project will be led from Interserve’s Newcastle office and is expected to start in a matter of weeks. Interserve will work closely with local supply chain partners on the development, which will provide significant local employment opportunities.