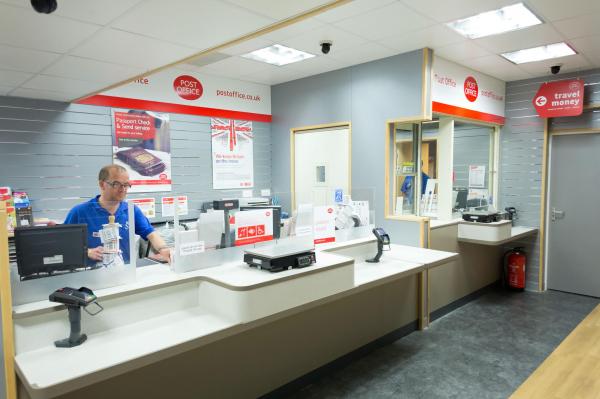 The case involving Kiruna Stamell, the Australian born actress with dwarfism, who took the Post Office to a tribunal because she was having difficulties using the chip-and-pin machines in its outlets, appears to have been settled with both sides claiming a degree of success.

On her website, Ms Stamell explained that she had experienced problems ‘because the Post Office have bolted all their pin machines to the counter top’. She went on to state that other retailers like Boot’s, Tesco’s and her bank had the machines in holsters that could be handed to her.

The difficulties had not been resolved to the extent that Ms Stamell believed she was not being dealt with sensitively. She said: "I had several negative experiences at Post Office counters and for many years I have had difficulty paying for their goods and services. After a couple of really upsetting experiences at various branches, I realised, something needed to change."

With the help of the specialist lawyer, Unity Law, arguing that her rights had not been reasonably dealt with under the Equalities Act 2010, she has reached an agreement that will see her working in co-operation with the Post Office.

For its part, the Post Office explained to ThisWeekinFM that it is undertaking a ‘major modernisation programme’ that it claims will transform 8,000 of its branches. It reports that it is almost half way through this programme. So far 2,500 branches have been fitted with low level counters and over a 1,000 have received flexible pin pads.

A Post Office spokesperson told TWinFM: “We want to make it as easy as possible for the millions of people who visit our branches each week to access our services. We listen to our customers and are pleased to be making the improvements needed following the concerns raised by Kiruna Stamell.”

As proof of this, the organisation is currently introducing these changes to pin pads in over 300 of its biggest branches in high streets and city centre. Pin pads are being adapted by introducing a flex that allow them to be removed from their holder. “We will, of course, continue to listen to any customers who would like to any concerns they may have re access to our branches,” concluded the spokesperson.

Picture: So far 2,500 Post Office branches have been fitted with low level counters and over a 1,000 have received flexible pin pads

Sodexo has published a report of the findings of a survey into the lived experience of employees and customers with disabilities. The report, “A day without...

Doors at the entrances to the British Medical Association's 'heritage' building have finally been cured of the problem that they did not provide appropriate...

Social Enterprise Wants You To Steal Its Staff

BECO, the social enterprise soap brand, is taking a new approach to business by launching an employment drive calling on employers to #STEALOURSTAFF and help close the...