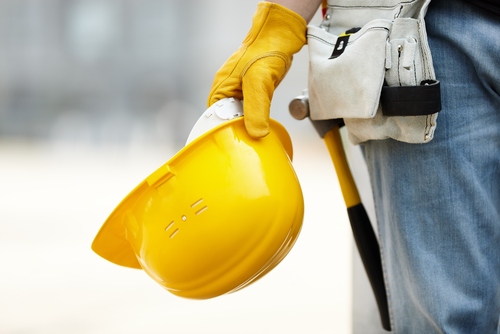 The employee benefits company for the construction industry, ECIS, is recommending trade professionals to take two minutes out of their day to check their blood pressure in support of Know Your Numbers! the blood pressure awareness campaign.

High blood pressure is a concern for workers in the construction sector as almost half of the workers who had health assessments arranged by ECIS last year were found to have either high or intermediate blood pressure.

Know your Numbers! is Blood Pressure UK's flagship awareness campaign that encourages adults across the UK to know their blood pressure numbers and take the necessary action to reach and maintain a healthy blood pressure. High blood pressure affects over 16 million people in the UK.

The campaign provides free checks for around 250,000 adults across the UK and involves hundreds of nationwide organisations signing up to provide free blood pressure tests and information at venues known as Pressure Stations. High blood pressure (also called hypertension) usually has no symptoms which is why many people do not know they have it and explains why it is often called the ‘silent killer’.

“We encourage all construction workers to get themselves checked, and what better time than during the Know your Numbers! campaign,” said Vicki Leslie, Business Development Executive, ECIS. “It is thought that of the people in the UK with high blood pressure, only around half have this diagnosed, and only half of these people are properly treated. Getting your blood pressure on a healthy level can reduce the risk of heart disease and stroke.”

Picture:    Half or people in the construction sector are unaware their blood pressure may be too high.