There will be Trouble Ahead 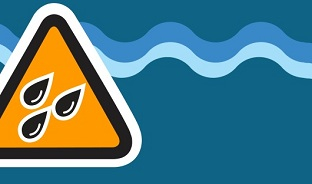 The Met Office has issued a number of severe weather warnings for northern parts of the UK as the first of two Atlantic storms battered Scotland with winds of over 100mph in some areas.

"The winds were at their strongest through the early hours of Friday and this brought the potential for disruption across Scotland but with strong, gusty winds persisted into the early part of the morning rush hour as well,” said Will Lang, Chief Meteorologist at the Met Office.”

Although winds were expected to rapidly subside through the later part of the morning, leading to a spell of quieter and very mild conditions through Friday before winds start to pick up again, 75,000 people in the north west of Scotland were reported to be without electricity.

The second storm is passing further to the north, away from the UK but is still likely to bring gusts of 60-70 mph to northern parts of Scotland and gusts of up to 90 mph in the most exposed regions in the north.

"Contingency plans are being made by transport authorities and passengers should expect cancellations and disruption on ferries and the railways,” stated John Swinney, Deputy First Minister. “Travel operators' websites will have all of the latest information and people should check them before they set off on their journey.”

Transport has been badly affected with roads and bridges affected by high winds and driving conditions have been challenging, particularly for high-sided vehicles. The rail network in Scotland was also brought to a standstill.

The Met Office has issued a severe weather warning for potential snow and ice in northern parts of the UK.

Benedetta Dini, Deputy Chief Meteorologist, explained: "After the very mild conditions of Friday, we'll see a marked drop in temperatures during the day on Saturday. This could mean we see some snow showers with accumulations of a few centimetres possible in Scotland, Northern Ireland and high ground in northern parts of England. Higher ground in the north could see snow accumulations of perhaps 10-1cm.

"There will also be a risk of ice on untreated road surfaces, so anyone planning to travel in the warning area should be prepared for difficult driving conditions, particularly on higher routes."

Further unsettled weather is expected after this, with winds expected to strengthen in the north once again later on Sunday and into Monday morning.

Picture: Severe weather has been experienced in Scotland with more predicted to come