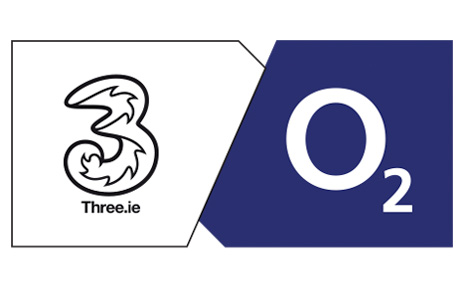 The Competition and Markets Authority (CMA) has expressed ‘serious concerns’ regarding the proposed merger between Hutchison 3G UK and Telefonica UK (O2).

In his letter to the European Commission which was surprisingly published, Alex Chisholm, CEO, CMA, stated that he believed ‘this merger would give rise to a significant impediment to effective competition in retail and wholesale mobile telecoms markets in the UK’.

Chisholm described the case was ‘multifaceted’ in a complex and concentrated market with a number of interested parties and important UK-specific characteristics, e.g. two pairs of network sharing arrangements. ‘The EC statement of objections clearly detailed how this merger is likely to lead to increased prices and/or a reduction in the quality offered to UK consumers as a result of significant harm to competition in the UK mobile telecoms market’, argued Chisholm.

He went on to state he appreciated the ‘considerable efforts’ made by the EC to explore remedies with the merging parties that seeked to eliminate the ‘adverse effects’ identified but believed it was clear that the remedies offered fell short of what would be required to meet the relevant legal standard detailed in the CMA case submissions.

‘The proposed remedies are materially deficient as they will not lead to the creation of a fourth Mobile Network Operator (MNO) capable of competing effectively and in the long-term with the remaining three MNOs such that it would stem the loss of competition caused by the merger,’ said Chisholm. ‘In addition, they fail to address concerns arising from the presence of the merged entity in both the network sharing arrangements, including the greater risk of coordination that this brings.’

Not surprisingly CK Hutchison, the owner of Three, stated it was "very disappointed" with the CMA stance and that it had published the letter to the EC about its opposition to the proposed £10.5 billion takeover of O2.

In a statement Hutchison complained: ‘It is no surprise that CMA opposes the merger. It always has, and so has Ofcom. But it is for the EC to assess any competition concerns, on the basis of the facts and proposed remedies.’

In his letter Chisholm was quite blunt about the path that needed to be taken.

‘The only appropriate remedy that would meet the criteria that the Commission is bound to apply, i.e. that the remedies eliminate the competition concerns in their entirety, are comprehensive, effective and capable of ready implementation, is the divestment – to an appropriate buyer approved by the Commission – of either the Three or O2 mobile network businesses, in entirety, or possibly allowing for limited ‘carve-outs’ from the divested business.’

The CMA concluded by urging the EC to act to prevent what it sees as the long term damage to the UK mobile telecoms market ‘and therefore to the interests of UK consumers that both of our authorities have predicted will result from this merger’.

Not everyone agrees with the CMA and its view which could include outright prohibition of any merger. “A combined O2-Three would provide a counter balance to the strength of BT/EE, offering an alternative source of capacity to other providers who will drive competition in their own right,” said Tom Mockridge, CEO, Virgin Media.

Picture:    The CMA has cast doubt over the proposed takeover of O2 by Three

The European Commission has blocked the proposed acquisition of O2 by 3 (aka Hutchison Whampoa) under the EU Merger regulation and shocked the parties...

Return of the Mobile Native

This week saw the announcement by BT that it aims to acquire EE and become a mobile provider again 10 years after it sold its stake in the Cellnet brand. The decision...