Time for a Dip? - Beaches and Seaside Cleanest on Record 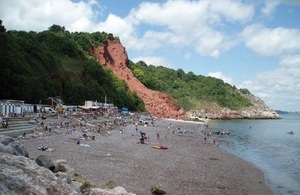 England’s bathing season is officially open - and its best-loved seas and lakes are cleaner than ever, claims the Environment Agency as our summer weather turned typically chilly.

Last year, the English coast was the cleanest since records began, with 99.5% of swimming spots passing water quality tests compared to just 65% in 1988.

However, England’s beaches will be under the microscope this summer as much tougher new EU standards come into force. The new European standards will be twice as tough to pass in a bid by the EU to drive up standards across Europe.

Dramatic improvements have already been made over the last two decades to prevent pollution ending up in the sea.Since 1990, water companies have spent £2 billion on improvements to protect bathing waters and they have pledged to invest a further £350 million over the next 5 years. Local councils have also worked to keep beaches clean and increase the information available to the public.

Ed Mitchell, Executive Director of Environment and Business at the Environment Agency, said: "Water quality at English beaches is better than it’s ever been after it reached record levels last year, and we are working hard with others to improve it further still.

As part of the new EU standards from 2016, local councils will have to display signs at all bathing waters showing if the new measures have been passed and whether or not swimming is advised.

Picture: Come on in - the water's fine...even if the weather stinks.