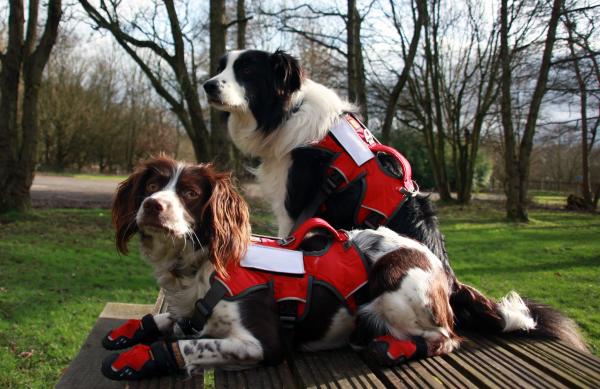 Peter Cox and Enviro-Dogs have formed a partnership to detect dry rot in buildings. Specialist sniffers will be employed to detect significant structural issues for property owners.

The dogs, including Border Collies and Springer Spaniels, have been specially trained to detect the early signs of dry rot, which may not be visible to the human eye or could be located in an inaccessible area.

Dry rot is a fungus that attacks wood in relatively dry conditions, and if left untreated, can seriously threaten the structural integrity of a building. Whilst a visual survey can spot the signs of dry rot, the problem may have reached a critical stage before it becomes obvious.

By relying on their powerful sense of smell, the dogs are able to sniff out the fungus in its early stages, meaning it can be treated and eradicated before it becomes a serious problem.

The dogs have undertaken an intensive 12-month training programme before they are used on customer sites.  They are used to detect and assess specific issues as well as conducting annual ‘health checks’ for some customers.

Richard Walker, National Technical and Development Manager, Peter Cox, said: "Dry rot can be incredibly destructive, particularly for historical buildings and early detection means that they can be treated before they suffer irreparable damage, helping to preserve them for the future enjoyment of others."

Picture: Doggies will be put to workies to sniff-out dry rot