To Track a Thief 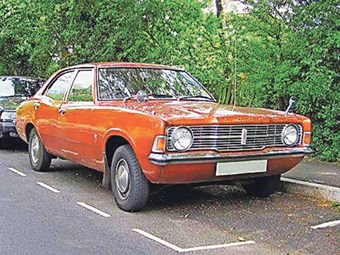 Owners are being urged to focus on security as criminals target modern classics vehicles.

Car crime in Britain has jumped up by 8% in a year with 81,000 vehicles stolen from their owners last year according to government figures.

Proving that classic cars are just as much a target for thieves, 40 classic Fords were stolen in the first 4 months of this year. Rising values and a shortage of parts make classics highly desirable for criminals according to stolen vehicle recovery company, Tracker.

“Classics from the 1980s are appreciating in value, making them hot ticket items for car criminals and since the majority of modern classics lack the sophisticated identification markings of newer vehicles, their identities are much easier to alter, thus making them harder to trace,” explained Andy Barrs, Head of Police Liaison, Tracker and a former Chief Superintendent for South Yorkshire Police. “Despite owners having lovingly restored their pride and joy, many fail to protect them with a tracking device, significantly reducing the chances of being reunited with the car in the event of it being stolen.”

Barrs stated that even more depressing for owners was that the majority of stolen classic cars will be stripped down for parts, unless they were tracked and recovered within the first 24 hours of being stolen. Hotspot theft areas tend to be in the South East, due to the speed at which vehicles can be moved to ports such as Felixstowe and Dover and then shipped to Europe and beyond

“Many classic cars are not for everyday use with owners commonly keeping them in storage for long periods,” said Barrs. “This gives thieves the perfect opportunity to steal them while owners assume their vehicle is safe, locked away and out of sight.” He urged owners to take practical steps to protect their asset which could include choosing a tracking system that provided multiple means of location and communication.

Picture: Classic cars like this 1973 Ford Cortina are targets for criminals who see them as easier to steal because of their lack of defence mechanisms like tracking devices

A conman was caught after he stole the identities of innocent people, took out fake motor insurance policies and posed as a care assistant who was the victim of a number...

A high-level, international car theft operation focused on theft of high value 4x4 vehicles and those equipped with keyless go ignition systems has been broken up by law...

There are a plethora of websites posing as government or official websites and charging fees for services that are often free. These same sites will also charge an...