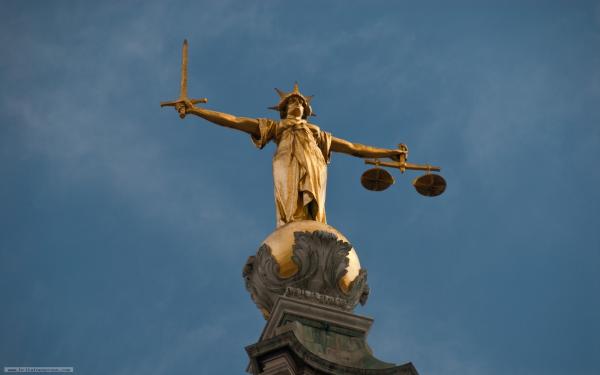 An Oldham roofing firm and company director have appeared in court after being filmed breaking the law by the BBC’s Watchdog programme.

Renov8 (North West) Ltd and Darren Potts were prosecuted by the Health and Safety Executive (HSE) after footage showed workers on top of house roofs using a pressure washer without any measures in place to stop them slipping and falling to the ground below.

Trafford Magistrates’ Court heard today (17 January) that Watchdog had hired Renov8 to carry out roof cleaning at two bungalows after receiving several complaints about poor workmanship and trading standards issues. The work was filmed at Heather Close in Droylsden on 1 May 2013 and Radford Street in Salford on 21 May 2013 using hidden cameras and then broadcast the following month.

The footage showed an employee walking around a sloping roof at the first property in Droylsden using a pressure washer to remove moss. Company director Darren Potts was filmed watching the work from the ground. Both men were also shown walking on the roof of the second property in Salford, again with no scaffolding or other measures in place to prevent them being injured in a fall.

The HSE investigation also found Renov8 did not have any employers’ liability insurance, despite this being a legal requirement. This meant the employee would not have been able to claim compensation if he had been injured.

Renov8 (North West) Ltd and Darren Potts, 39, each pleaded guilty to two breaches of the Work at Height Regulations 2005 by failing to put measures in place to prevent a fall. Renov8 also admitted failing to have employers’ liability insurance.

Renov8, of Links Avenue in Failsworth, was fined £1,000 and ordered to pay £1,255 in prosecution costs. Darren Potts, of the same address, was ordered to undertake 200 hours of community service (within 12 months) and also has to pay £1,255 in costs.

Speaking after the hearing, HSE Inspector Matt Greenly said:“Renov8 should never have allowed work to be carried out on the roofs without having suitable safety measures in place.“

Information on preventing falls is available at www.hse.gov.uk/falls.

A Rochdale based re-upholstery firm and company director have been fined after workers were exposed to potentially deadly asbestos fibres for nearly five years.

Mansfield Soft Furnishings Ltd and David Mansfield were prosecuted by the Health and Safety Executive (HSE) after up to 30 employees were exposed to the airborne fibres at Meadowcroft Mill on Bury Road.

Minshull Street Crown Court in Manchester was told the company, which refurbishes furniture for pubs, restaurants and hotels, had moved into a unit at the mill in September 2007 and created a mezzanine storage area in the eaves of the roof.

Workers put foam for furniture in the storage space, often placing it on the beams and underside of the roof, which it later emerged contained asbestos. As employees dragged the foam through the eaves before throwing it down onto the floor, fine layers of asbestos dust were released into the air.

The court heard a HSE inspector visited the company in June 2012 on a separate issue but noticed the material on the roof of the mezzanine looked similar to sprayed asbestos and was in a poor condition.

The inspector issued an Improvement Notice after discovering Mansfield had failed to arrange for an asbestos survey to be carried out, despite employees raising concerns that asbestos may be present.When a survey was eventually completed, it revealed asbestos was present in the roof, and fibres were likely to have been spread throughout the building as the foam was dragged down and taken through the workshop.

As a result, HSE served the company with a Prohibition Notice on 10 July 2012 banning access to the building until it had been decontaminated. However, Mr Mansfield and another worker re-entered the building at about 8pm on the same day to remove furniture worth approximately £25,000 so it could be delivered to a client, breaching the terms of the Prohibition Notice.

Mansfield Soft Furnishings Ltd was fined £30,000 after pleading guilty to two breaches of the Health and Safety at Work etc Act 1974 by failing to ensure the health, safety and welfare of workers and failing to comply with the Prohibition Notice.

David Mansfield, 48, of Northolt Fold in Heywood, was fined £10,000 after admitting that he deliberately breached the Prohibition Notice.

The co-defendants were also ordered to pay joint costs of £20,000. Speaking after the hearing, HSE Inspector David Norton said: “Workers at Mansfield Soft Furnishings will have to live the rest of their lives knowing they’re at risk of contracting a deadly lung disease because of the actions of their employer.

“The company should have arranged for an asbestos survey to be carried out before moving into the building, but it failed to do this even after some workers raised concerns."

Information on how to work safely with asbestos is available at www.hse.gov.uk/asbestos

A vehicle recovery firm in Hull has been prosecuted after a mechanic suffered a serious back injury when a seven-tonne lorry fell from a jack and trapped him underneath.

The 22-year-old Hull worker fractured two vertebrae in the incident at ABR Rescue Ltd’s workshop in Grindell Street on 1 June 2012. He was unable to return to work for three months.

The Health and Safety Executive, which investigated, told Hull Magistrates today (17 January) that the firm had badly neglected the safety of its employees. It had failed to provide safe working methods and not addressed the very real risks of harm associated with working underneath vehicles.

The court was told the mechanic was fitting a brake chamber to the large goods vehicle (LGV). Its rear nearside wheels had been taken off and the vehicle was being supported by a single hydraulic jack – which itself was standing on a block of wood.

Another employee was working in the lorry’s cab and when he started the engine, the LGV rolled off or fell from the jack, trapping the mechanic underneath.

ABR Rescue Ltd of Grindell Street, Hull, was fined £5,000 and ordered to pay £3,760 after admitting breaching the Health and Safety at Work etc Act 1974.After the case, HSE Inspector Dr Nicholas Tosney said: “This young mechanic was working underneath an inadequately supported and unchocked LGV whilst another employee was working in the cab. Jacks are for lifting, not support, and in these circumstances it was entirely foreseeable that when the engine was started the vehicle would fall.

“Because ABR Rescue had not looked properly at the risks of the job, they had not identified the measures needed to control those risks. However, the precautions that should be taken are well-known in the industry and if the company had fulfilled its duty of care, then a young worker would have been spared a serious injury.”

Information and advice on working safely with vehicles can be found at http://www.hse.gov.uk/mvr/index.htm