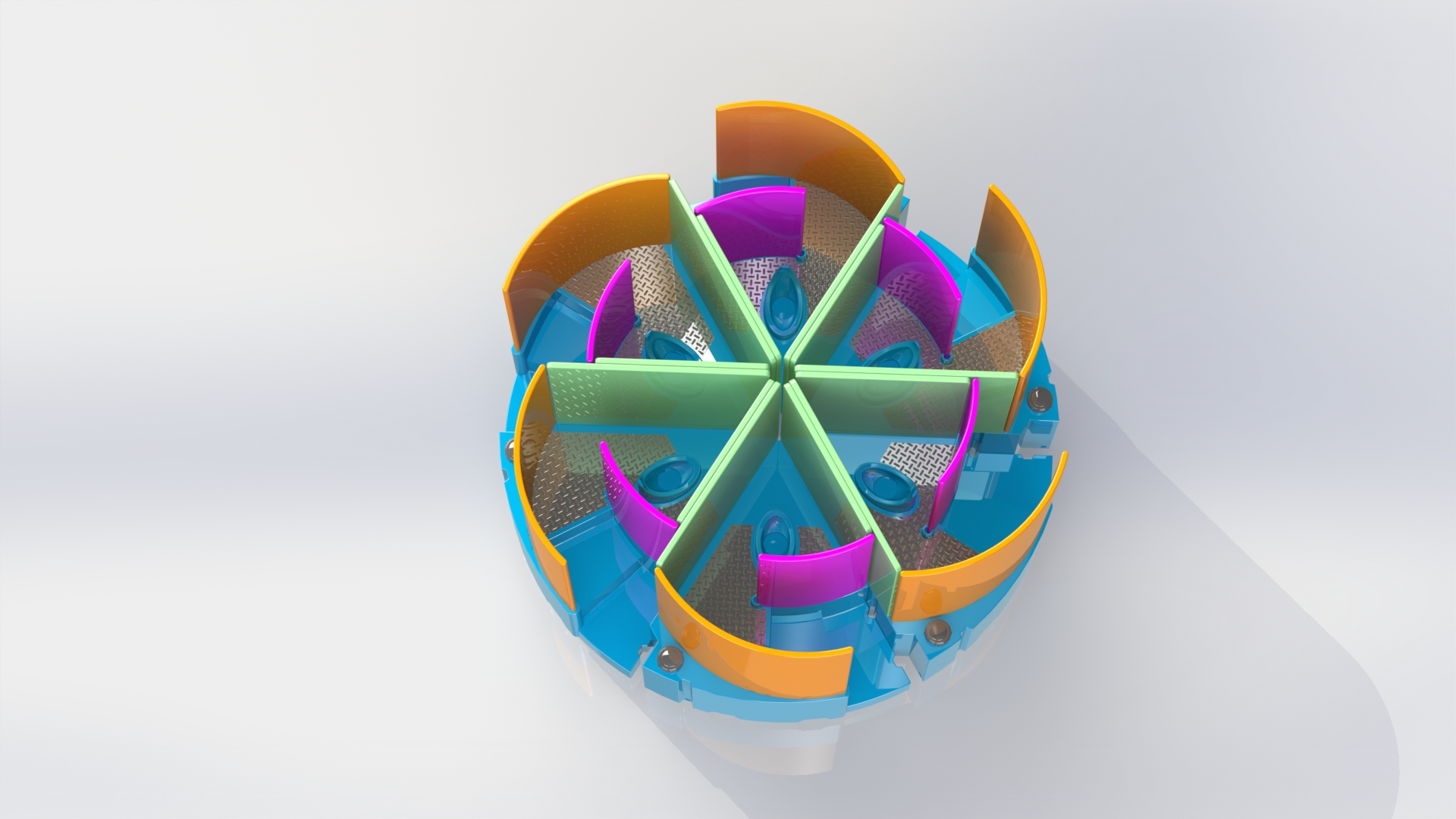 The team behind the UK’s first portable female urinal have raised £250,000 in their first funding round, as they strive to pioneer toilet equality for women and make their longer queues a thing of the past.

University of Bristol graduates Amber Probyn, 23, and Hazel McShane, 25, say their flatpack portable urinals made of recycled sea plastics are six times faster to use and produce 98 per cent less carbon than traditional portable toilets.

PEEQUAL has closed its first funding round, with a quarter of a million pounds raised to take the business into its next phase. Companies that have backed the project include: the British Design Fund, Monzo co-founder Tom Blomfield, former Gü COO Sarah Jones, and angel investors Chris Stamp and Elaine Groenestein.

Amber and Hazel’s urinals will become a common sight at British festivals and events, with 250 units currently under construction and several deals being signed with large-scale festival operators in the coming weeks. Deals are also underway with European festivals for the 2023 season.

Hazel said: “This funding is not only a huge vote of confidence in PEEQUAL but also a big moment for pee equality the world over. We want PEEQUAL to empower women to take back their time and break the taboo around female urination.

Gail Ramster, a senior researcher at the Royal College of Art's Helen Hamlyn Centre for Design, spoke to the BBC about her views on female urinals. "Men's and women's toilets are often built to the same square footage, but because you can fit more urinals in that space, men have more fixtures to use, usually, than women do,” she pointed out. The average amount of time it takes for women to use these facilities is longer, yet they are usually left with less accommodating facilities due to a lack of urinal designs.

If FMs are treating gendered toilets for large capacity spaces with equal support, it stands to reason that this should be about balanced wait times rather than simply spatial provisions. Statistical equity would actually have more support provided for female washroom access due to the biological, social and physical attributes that lengthen the average toilet usage duration and sometimes the urgency of visits for women.

Research suggests that the best option is often to provide toilets in a unisex, gender-neutral layout, with cubicles and equal numbers of urinals for either biology.

“We are building a team to bring our urinals to festivals, sporting events, outdoor shows and more,” Hazel continued.

“We’re really proud to be changing the way women pee, and doing it in a safe way which reduces time spent in queues. Because our urinals are modular and flat packed, just one of our festival orders this summer will take 140 lorry trips off the roads.”

Female urinals are not an entirely new idea – Pollee, madamePee, and Lapee are some of the other designs from abroad that have been trialled to varying degrees of success, with the history of development leading to more innovation and adoption in the current day. The most similar build was the Lapee, which didn't flatpack or utilise a waste to energy system.

Tom Blomfield, Co-Founder of Monzo, said: “I'm proud to be an investor in PEEQUAL - it's important that women have access to toilets that are quick, safe and sustainable.

“I was really impressed with Hazel and Amber's drive and determination, and the progress they've made with the business is magnificent. I'm sure you'll see more of their urinals at UK festivals this summer.”

Investment for Women, not Waste

PEEQUAL is working with social enterprise PEEPOWER to turn the urine into electricity. PEEQUAL also has plans to convert the urine into fertilizer in the future. The pair came up with the initial design while studying at the University of Bristol and the idea won them £15,000 from the institution’s start-up competition. Since graduating in 2021 they have toured UK festivals, gaining user feedback and tweaking their design. Christine Dent, site manager of Shambala Festival, said the urinals were “excellent” and “the best  solution I have seen”. She added: “We look forward to having PEEQUAL back next year.”

According to the Alison Rose review of Female Entrepreneurship, less than one per cent of UK venture funding goes to all-female teams and nearly half of investment teams include no women at all. Amber said: “Being part of the one per cent of women who successfully raise funding, I feel humbled and passionate about helping other female founders do the same.”

PEEQUAL now has offices in Runway, the University of Bristol’s student and graduate start-up hub. Mark Neild, programme director for Runway at the University of Bristol, said: “Amber and Hazel are the perfect examples of what intelligent and dynamic young people are capable of doing – disrupting a stale market that doesn’t work for half of its consumers. “We are excited to have them join our new Runway space to inspire others and share in the community we are creating to help student start-ups fly.”

Amber and Hazel both studied at the University’s award-winning Centre for Innovation and Entrepreneurship. Students at the Centre take one of 14 regular subjects and combine their studies with Innovation units.