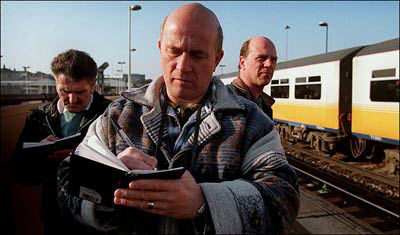 The owner and developer of a construction site in Raynes Park has appeared in court after an eagle-eyed HSE official twice noticed unsafe work at height from the carriage of the train he commutes on.

A closer inspection of the site on Coombes Lane confirmed work was taking place on and around the roof of a three-storey building without any measures in place to prevent, or mitigate, a fall.

Peter Alexander Ross, of Putney, was prosecuted this week by the Health and Safety Executive as the principal contractor and construction manager for the work. Westminster Magistrates’ Court heard that he part-owned the site in question and was overseeing a project to replace former shops with a new build mixed use complex.

The HSE inspector first spotted unsafe work on 19 August 2013 as he passed by on a train. He headed straight for the site after getting off at the next station and immediately served a Prohibition Notice to prevent any further work at height until adequate safety measures were put in place. However, the same inspector, making the same train journey witnessed near identical activity less than two months later. He again got off the train and visited site before issuing two further notices.

The court was told that although nobody was injured at the site, the fall risk was significant. As the designated principal contractor and person in control of the work, it was Mr Ross’s responsibility to ensure sufficient safety measures were in place. He was fined a total of £16,000 and ordered to pay a further £1,200 in costs after pleading guilty to single breaches of the Work at Height Regulations 2005 and the Construction (Design and Management) Regulations 2007.

After the hearing, HSE inspector Mike Gibb commented: “Peter Ross was the client for the project and appointed himself as the principal contractor. As such the onus was on him to ensure effective safe working methods and procedures were in place. The work at height activity we witnessed was inherently unsafe, and the fact we twice had to stop work at the site just weeks apart is shocking. As a duty holder he failed to learn, and he clearly wasn’t up to standard.” 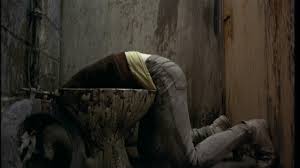 Main picture Train Spotters and above a scene from Trainspotting