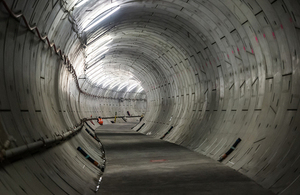 The Transport Secretary Chris Grayling and Mayor of London Sadiq Khan have met to discuss the way forward for Crossrail 2. They agreed that there is no doubt London needs new infrastructure to support its growth and ensure it continues as the UK’s economic powerhouse.

Chris Grayling said: "I am a supporter of Crossrail 2 but given its price tag we have to ensure that we get this right. The Mayor and I have agreed to work together on it over the coming months to develop plans that are as strong as possible, so that the public gets an affordable scheme that is fair to the UK taxpayer. Following a successful outcome being reached I am keen to launch a fresh public consultation to help gather views to improve the scheme and clarify the position around the safeguarded route.

Khan said: "Crossrail 2 is essential for the future prosperity of London and the south-east, so I’m pleased that the Transport Secretary and I have reached an agreement to take this project forward. We will continue to work together to ensure the project is value for money and provides the maximum benefits for jobs and growth in the region over the coming decades.

New improvements for rail passengers in Wales, the Midlands and the North

The Department for Transport has announced plans for new bi-mode and Express trains for passengers with more seats and better on-board facilities. They will come in to play on the Midland Main Line, Great Western Main Line and in the Lake District.

Modern bi-mode trains will be used on Great Western and Midland Main Line, with passengers in Wales benefiting from new Intercity Express trains which will each deliver over 130 more seats and faster services. Long distance journey times from Nottingham and Sheffield will also be reduced by up to 20 minutes in the peak operating hours.

The train operator in the Lake District is beginning work to trial an alternative-fuelled train in this World Heritage Site. Thanks to this new technology disruptive electrification works between Cardiff and Swansea, Kettering, Nottingham and Sheffield and between Windermere and Oxenholme, will no longer be needed. Passengers will benefit sooner and experience less disruption compared with putting up intrusive wires and masts along routes where they are no longer required.

The government has also published the consultation for the next East Midlands franchise, which will be expected to deliver reduced journey times for intercity services and more seats for long distance passengers at peak hours, as well as dedicated services and more capacity for commuters coming into London.

Transport Secretary Grayling said: "We are making the biggest investment in the railways since the Victorian era and upgrading services across the country, including in Wales, the Midlands and the North."

Picture: Main - Sadiq Khan and Chris Grayling are heading down the tunnel of love also known as Crossrail 2. Below: Paddington station will get an upgrade as the starting point for journeys to the West and to Wales 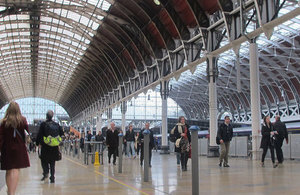