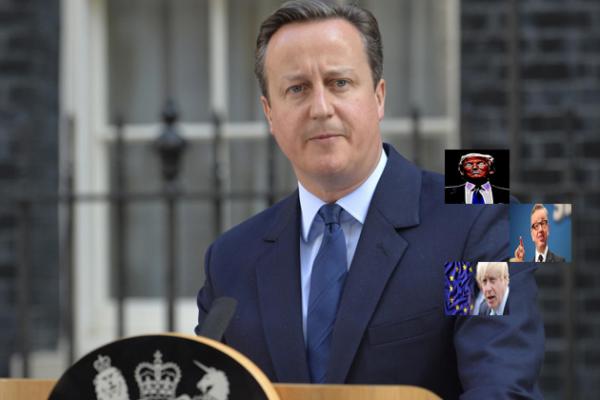 In-Out - we've all been shaken about by one of the most embarrassing, disingenuous political campaigns ever to disgrace a nation (possibly even worse than Mr Trump's). Here some from the building and property sector try to make sense of the Brexit result.

Guy Grainger, CEO, EMEA gave JLL’s reaction to this morning’s news on the outcome of the UK’s EU Referendum. “The vote for Brexit brings an unprecedented new dawn for Britain...and for Europe. In the short term we are now in a period of pronounced uncertainty.

“Even if it is effectively ‘business as usual’ for the UK in terms of trade and legislation until 2018, such a major change will inevitably create uncertainty in the real estate markets. In the event of a well-managed exit these impacts will be largely confined to the next two years.”

“In the short-term we may see a weakening in occupier demand as businesses to more time to consider investment decisions. The impact on rents may be limited by tight supply but activity will be adversely hit while initial uncertainty about direction and timing continues. Investor sentiment may also remain subdued in the short to medium term, although a drop in Sterling may provide a moment in time for some opportunistic international investors. For property markets, the initial correction may be most severe but should be followed by an upturn as opportunities re-emerge in UK core markets and benefits of weak Sterling are recognised. Sentiment and relative pricing will be key.”

“This event is a trigger for many investors and occupiers to make adjustments to their real estate strategy. Some decisions may continue to be put on hold or reassessed entirely.”

The UK Green Building Council is calling on business and industry to continue addressing climate change and other sustainability challenges.

Julie Hirigoyen, CEO of the UK Green Building Council, said: “Brexit is already sending shockwaves through the construction and property sector, the scale of which won’t be clear for some time. It will be a tough trading climate, that will impact companies both large and small.

"Both economic and political uncertainty will have some people asking whether the green agenda needs to be deprioritised while business goes into firefighting mode. This must and need not happen. The incentives remain strong for business to address climate change and other urgent sustainability challenges. Arguably now more than ever we need to minimise future risk, reduce costs, add value for clients, generate new commercial opportunities and ensure we have the best people working as productively as possible. A sustainable built environment is fundamental to these objectives."

Sadiq Khan, the Mayor of London, said: "I believe that Britain is better off within the European Union but the British people have clearly spoken today and their democratic will must now be fulfilled. I would like to praise David Cameron for the dignified way he has reacted. I agree with the Prime Minister that Britain can survive and prosper outside the European Union. I want to send a clear message to the British people and to businesses and investors around the world this morning - there is no need to panic. There is no doubt that London will continue to be the successful city it is today. Our city and our country will continue to be the best place in the world to do business. And we will continue to look outwards and trade and engage with the entire world - including the European Union.

"I want to send a particular message to the almost one million Europeans living in London, who make a huge contribution to our city - working hard, paying taxes and contributing to our civic and cultural life. You are welcome here. We value the enormous contribution you make to our city and that will not change as a result of this referendum."

Julia Evans, Chief Executiveof BSRIA, said: “The decision is ‘out’ and the country has voted. But we now have some very serious questions for government: how do we maintain economic investor confidence? What does this mean for energy efficiency? And how will this impact the skills issue and how we should we address this? Specifically regarding labour – how will the industry access much-needed tradesmen?

"Where will direct investment now come from without EU financing and backing? If government is not going to make any necessary investment – where will it come from?"

BSRIA has called on the government to take the lead and show direction and not lose sight of the fact that house building volume cannot be at the expense of quality – so such skills shortage are even more acute.

"And what of carbon reduction energy policies? Will these still be followed? Industry needs to reassured and quickly,” continued Evans.

The Government must ensure that our new system of immigration provides the construction sector with enough skilled workers to build the homes and infrastructure projects we need, the Federation of Master Builders has warned.

Brian Berry, Chief Executive of the FMB, said: “The UK construction industry has been heavily reliant on migrant workers from Europe for decades now – at present, 12% of the British construction workers are of non-UK origin. The majority of these workers are from EU countries such as Poland, Romania and Lithuania and they have helped the construction industry bounce back from the economic downturn when 400,000 skilled workers left our industry, most of which did not return. It is now the government’s responsibility to ensure that the free-flowing tap of migrant workers from Europe is not turned off. If Ministers want to meet their house building and infrastructure objectives, they have to ensure that the new system of immigration is responsive to the needs of industry.” Berry continued: “At the same time, we need to ensure that we invest in our own home-grown talent through apprenticeship training. We need to train more construction apprentices so we are not overly reliant on migrant workers from Europe or further afield."

Turkey’s omission from the European Union together with its bullish economy and buoyant property market should make it an attractive destination to foreign investors both before and after the EU Referendum, said Spot Blue International Property adding that Istanbul remains the country’s key investment hub.

“Foreign buyers in Turkey know their asset or ownership rights won’t be directly affected to the extent that owners of property in the EU could be,” said Julian Walker, director at Spot Blue International Property. Turkey’s economy is out-pacing most countries in the European Union and Members of the OECD. A forecast in May by international ratings agency Fitch predicted the Turkish economy would grow at a rate of 3.5 per cent this year and 3.6 per cent next year. Of all G20 countries, only China and India recorded higher GDP growth than Turkey during 2015. Property in Turkey is sold in Turkish lira, euros, dollars and sometimes Sterling, giving an international buyer flexibility and presenting opportunities to minimise exposure to currency rates. Turkey not being in the EU means the Sterling/Turkish lira rate will be less affected by Out outcome. The largest groups of property investors in Istanbul and wider Turkey are from the Gulf States, in particular Saudi Arabia, the United Arab Emirates and Kuwait. They will remain interested in both commercial, hotel and domestic Turkish property, continuing to drive the market and bring foreign money into the country."

In response to this morning's news, Mark Lopez, MD of De-ice. said: "We're out. We're going to see a period of uncertainty and salt prices are very likely to increase. Most salt prices and shipping are calculated in Euros therefore creating a significant increase in importation costs. Salt price hikes will impact all winter maintenance companies, which willmean they'd either have to increase prices or absorb them. With the mild weather of the last three years profit margins have been eroded, - so for some, absorbing these costs could be suicidal. Another solution would be to ask the client to absorb some of the additional costs, which is a tough sell to even the most understanding of partnerships."

Picture: The Four Donkeys of the apocalypse - Cameron resigned as a result of his part in the debacle

A response by Richard Sykes, Chair of the Living Wage Service Providers Leadership Group and CEO of ISS UK & Ireland: The announcement in the Chancellor’s...