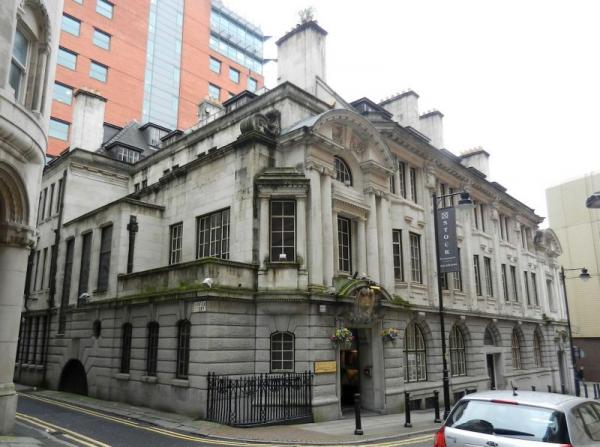 Ex-footballers Ryan Giggs and Gary Neville have agreed to allow squatters to occupy the former Royal Exchange in Manchester which will be developed by them into a luxury hotel next year.

The Grade II listed building – bought by the pair for £1.5 million – will be unused until February 2016 when plans by Giggs and Neville will see 35 Beds, basement gym and spa, rooftop members’ only terrace plus a ground floor restaurant and bar.

The decision to allow approximately 30 squatters to stay until next February has been generally well received although some wonder if they will go come the day when the refurbishment is supposed to commence. They were evicted from a nearby, empty office last week.

Wesley Hall, a human rights activist, told the BBC that he had spoken to Neville by phone and was informed of the decision not to move against the squatters. “These people aren’t getting a nourishing meal, their immune systems are low and they are dying,” Mr Hall told the BBC. “All it needs is someone to put a roof over their head and give them a bit of support.”

Picture: The former Stock Exchange building in Manchester city centre that is scheduled to be converted into a luxury hotel from February