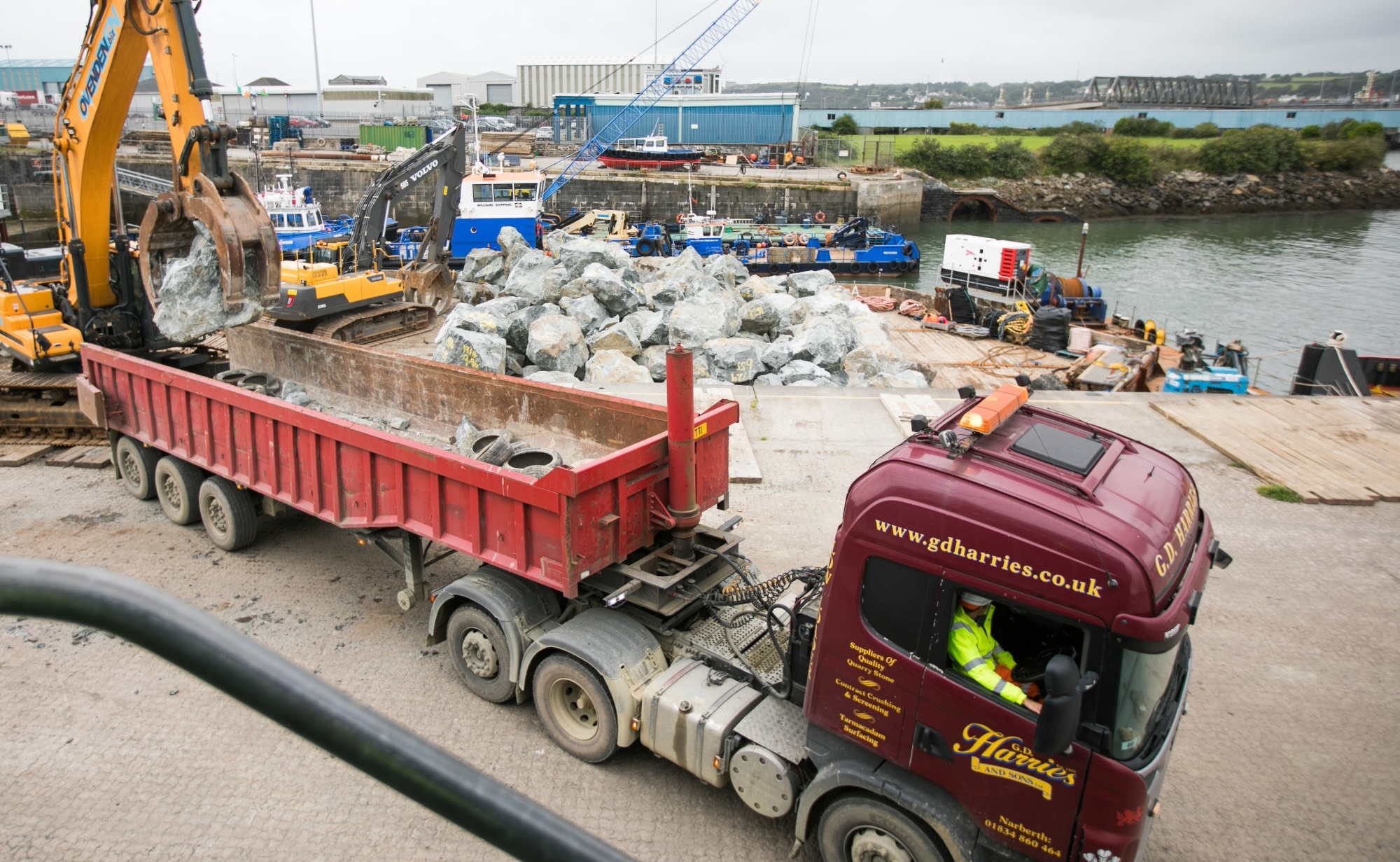 The firm was chosen to complete the order after chemical analysis showed that rock from one of its six West Wales quarries had the strength and durability to protect the plant's sea wall. It will be used as rock armour, forming the first layer of sea defence for the reactor.

GD Harries was well placed to supply and deliver the rocks because it is based close to Pembroke Port, from where it can transport rock by barge to any coastal location in the UK or beyond. This particular order was unusual because of the size and amount of granite blocks required.

"It was an opportunity for us to provide larger rock armour than we had ever provided before," said quarry production manager Gareth Phillips. "This project required up to 15 tonne pieces, and we were able to prove that we can supply and deliver that, which puts us in a strong position to fulfil future orders."

Fulfilling the order required some innovative solutions in terms of both equipment and cutting techniques.

"We trialled different cutting and edge blasting techniques to cut the rock to the correct grading specification, and we hired some larger machinery at one stage to pull the blocks out from the rock face. We also made special cradle trailers for transporting the rock from the port to the barge," said Phillips.

Now the order is complete, GD Harries hope to put their experience to use again soon.

"We have the quality of rock here in West Wales and the ability to transport and deliver it by sea - it's an ideal combination," said Phillips.