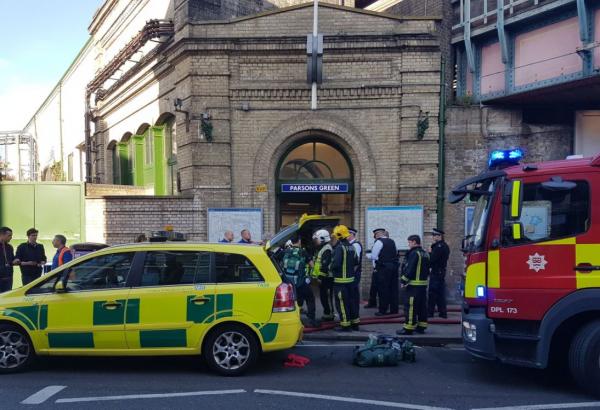 An 18-year old man was due to appear in court on the afternoon of Friday September 22 (2:00pm)  charged with attempted murder over the Parsons Green tube terrorist attack. Two other men have been released without charge.

Ahmed Hassan, 18, of Sunbury, Surrey, has been charged as follows:

On 15 September 2017 within the jurisdiction of the Central Criminal Court attempted to murder persons travelling on a District Line Train from Wimbledon, contrary to section 1(1) Criminal Attempts Act 1981;

On 15 September 2017 within the jurisdiction of the Central Criminal Court maliciously caused by triacetone triperoxide (TATP) or other explosive substance and explosion of a nature likely to endanger life or to cause serious injury to property, contrary to section 2 Explosive Substances Act 1883.

Hassan was arrested in Dover, Kent, on Saturday, September 16.

Three other men, remain in custody under section 41 of the Terrorism Act in connection with the investigation, which is being carried out by officers from the Met’s Counter Terrorism Command.

Two men arrested as part of the investigation into the terrorist attack at Parsons Green Tube Station were  released from police custody on Thursday 21 evening with no further action  planned.

Four men remain in custody under section 41 of the Terrorism Act. Warrants of further detention for two of them were granted on Thursday 12.

Commander Dean Haydon, head of the Met Counter Terrorism Command, said: "We have four males in custody and searches are continuing at four addresses. Detectives are carrying out extensive inquiries to determine the full facts behind the attack."

Detectives investigating the Parsons Green terrorist attack made a further arrest in the early hours of Thursday Sept 21.

A 17-year old man was arrested under section 41 of the Terrorism Act after officers executed a warrant at an address in Outer London's Thornton Heath at around 12:05pm. Officers then began a search of the property.

To date, a total of six men have been arrested under section 41 of the Terrorism Act in connection with the investigation.

An 18-year old man was arrested by Kent Police in the port area of Dover at on Saturday 16 morning. A warrant for his further detention was granted by Westminster Magistrates' Court until September 23.

A 21-year old man was arrested in Hounslow (Essex, just outside London) at 11:50pm, also on Saturday 16. A warrant for his further detention was granted until September 21.

All six males are in custody at a south London police station.

Commander Dean Haydon, head of the Met Counter Terrorism Command, said: "This continues to be a fast-moving investigation. A significant amount of activity has taken place since the attack on Friday. We now have six males in custody and searches are continuing at five addresses. Detectives are carrying out extensive inquiries to determine the full facts behind the attack. We anticipate that the searches will take some days to complete

"As police and our partners do all we can to confront the threat, public vigilance remains as vital as ever. We are asking the public to look out for anything that seems out of place, unusual or just doesn't seem to fit in with day-to-day life. It may be nothing, but if you see or hear anything that could be terrorist-related, trust your instincts, then act, and call us."

Picture: Main - The incident at Parsons Green. Below - The arrests in Newport were carried out by officers from the Met's Counter Terrorism Command, supported by colleagues from Gwent Police and the Welsh Extremism and Counter Terrorism Unit 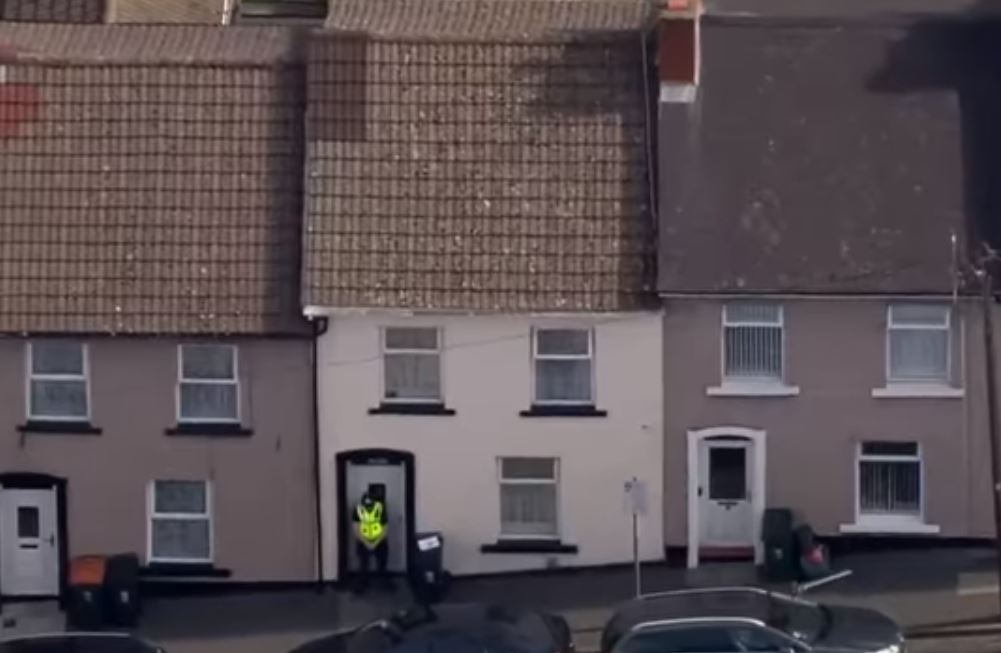 A 22-year old woman arrested at Heathrow airport from an inbound flight from Turkey on Tuesday 19 has been released on bail until a date in October pending further inquiries. The woman was arrested on suspicion of membership of a proscribed organisation, contrary to section 11 of the Terrorism Act 2000 and was taken to an east London police station.