Welcome for Vision and Driverless Vehicles 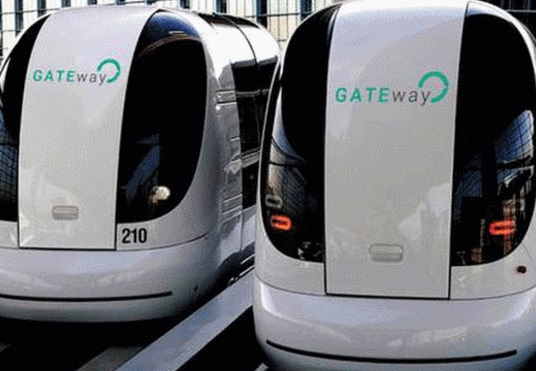 The FTA has welcomed the approach being expressed by Labour’s London Mayor candidate and the drive towards driverless vehicles is continuing to grow.

The Freight Transport Association (FTA) has expressed satisfaction at the Labour Party’s mayoral candidate Sadiq Khan’s Vision for London, saying it offers the opportunity for the freight and logistics industry to help deliver many of its objectives.

The Association responded ‘positively’ to Mr Khan’s manifesto, stating that an affordable London transport system should include freight in the interests of Londoners

“Mr Khan is right about the importance of an affordable transport system to London and we hope he understands this means freight just as much as passengers,” explained Christopher Snelling, Head of National & Regional Policy, FTA. ”Freight delivers London’s economy so any increase in the cost of delivering goods in London will increase the cost of businesses and ultimately the cost of living for residents of London.”

Mr Snelling also noted that the scale of Labour’s ambitions in housing to meet the capital’s needs would require avoiding making construction work much more expensive in London. “That involves the delivery of the building materials needed and the removal of the waste just as much as the on-site costs,” observed Mr Snelling. “FTA is confident that working with the next Mayor, whoever it is, we can make London cleaner and safer while not making it a more expensive place to work and live.”

Eight new projects have been awarded £20 million in funding to research and develop improved communication between vehicles and roadside infrastructure or urban information systems, including new ‘talking car technologies’.

The projects are the first to be funded from the government’s £100 million Intelligent Mobility Fund (IMF). They range from developing autonomous shuttles to carry visually impaired passengers using advanced sensors and control systems, to new simulation trials for autonomous pods to increase uptake and improve real-world trials.

Trials to test driverless cars on the streets are currently being worked on in Bristol, Coventry and Milton Keynes, and Greenwich. Autonomous vehicles are also being used in London Heathrow to shuttle passengers, although these are currently on designated tracks.

“The UK has a rich fabric of scientists and engineers who have established the UK as pioneers in the research and development of connected and autonomous vehicles,” said Sajid Javid, Business Secretary. “Today’s funding will help strengthen the UK as a global centre for the fast-growing intelligent mobility market, estimated to be worth £900 billion per year globally by 2025.”

The British Vehicle Rental and Leasing Association (BVRLA) has welcomed the news that driverless car research has received a £20 million boost from the Cameron government.

“It is reassuring to hear that this funding competition was oversubscribed and that such a diverse array of organisations and projects have ended up securing investment,” said Gerry Keaney, CEO, BVRLA. “As the purchasers of nearly half of all new vehicles sold in the UK each year, the vehicle rental and leasing sector will play a massive role in driving the uptake of next generation cars, vans and trucks. Our members will be developing the mobility services and business models of the future.”

Picture: Driverless vehicles – similar to these ones currently operating at London Heathrow – are likely to become a more frequent sight throughout cities in the UK