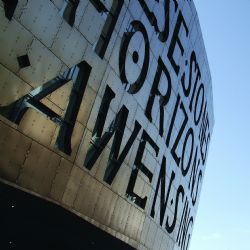 Supply of office stock in Cardiff has fallen 5% since the end of 2016 to 1.2 millionsq.ft (111,484sq.m) according to international real estate advisor Savills.

Office investment in the city has had a slower start to the year compared to previous first quarters due to a lack of pressure to sell.

Gary Carver, director in the business space team at Savills Cardiff, comments: “Cardiff continues to perform strongly in terms of take up of office space. Driven by strong economic fundamentals, with growth expected to rise to 10.1% in the next five years, this has filtered into employment levels and an increase in firms looking for space in the city.”

The strong levels of demand have caused a shortage of supply, particularly for Grade A stock which now stands at 155,000sq.ft (14,400sq.m), only enough for around one year’s demand for Grade A stock in the city centre. Gary continues, “The lack of stock is causing occupiers to look towards refurbished office space with ‘defurbished’ stock with exposed brickwork and open plan work spaces becoming increasing popular in properties such as 101 Cardiff.”

Office investment into Cardiff got off to a quiet start in the first quarter of the year reaching £21 million, this is compared to £79 million in Q1 2016, however Savills expects levels to pick up in the second and third quarters. Transactions of note in Q1 included the sale of the Media Wales building behind Central Square, acquired by Mayfair Capital, the disposal of Fusion Point 1 on Dumballs Road and the sale of Trinity Court on Newport Road. Current prime yields in the city stand at 6.1%.

Ross Griffin, investment director at Savills Cardiff, says: “Investors are seeking a ‘flight to quality’ and those with well let, income producing assets are unwilling to sell unless they secure a strong exit price. Rising construction costs are now driving parties to buy, rather than develop new stock, adding further downwards pressure on prime yields.”

Picture: An obscure shot of a Grade A in Cardiff