Wham, Bam, It's Jail for Sam the Cufflink Man 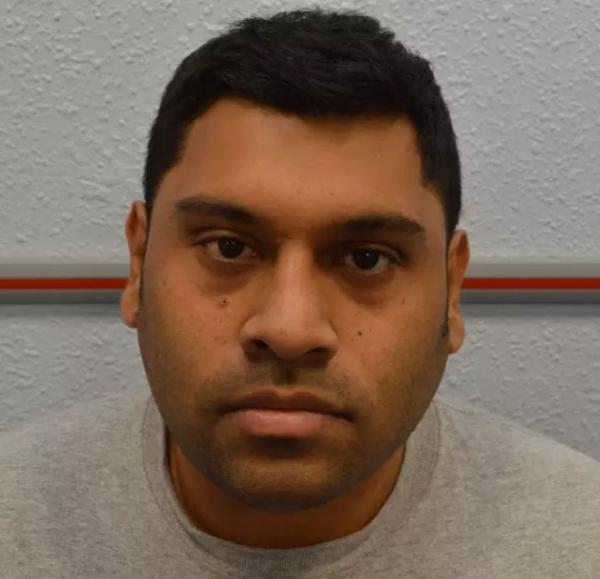 As reported by much of the mainstream media on the morning of Tuesday May 2 (and first by ThisWeekinFM on March 22) a Cardiff man has pleaded guilty to five terrorism offences. He has now been sentenced to eight years' imprisonment

All sentences will run concurrently.

The Met Police Counter Terrorism Command - supported by MI5, the National Digital Exploitation Service and the Wales Extremism and Counter Terrorism Unit (WECTU) - launched an investigation into Ullah after receiving intelligence from the Kenyan Anti-Terrorism Intelligence Police who had arrested a man in Kenya on 29 April 2016 and analysed his electrical devices. The analysis showed he was in regular contact with someone of a similar extremist mindset and the pair had discussed developing the specialist skills to assist ISIS in their campaign of terror.

The Met and its partners worked together to establish that Ullah was the man communicating with the Kenyan suspect.

Upon arresting Ullah at his home on 22 September 2016, they seized around 200 pieces of evidence, including 150 digital devices. From these devices, they retrieved eight terabytes of data - equivalent to more than 2.2million copies of the War and Peace eBook.

Around 100 detectives worked on the investigation into Ullah's activities, establishing that Ullah was not just a supporter of ISIS but an active member. They found evidence that he assisted others who shared his mindset, teaching them how to keep their actions and communications secret.

He assisted in the development of a website with the purpose of helping people prepare for acts of terrorism - specifically hacking into computers. Numerous documents and videos found on his devices and his own communications revealed his radical mind-set. Items found by officers when they searched Ullah's home included 30 USB cufflinks - and on one of these he had saved infamous ISIS publications.

Commander Dean Haydon, MPS Counter Terrorism Command, said: "Just because Ullah's activity was in the virtual world we never underestimated how dangerous his activity was. He sat in his bedroom in Wales and created online content with the sole intention of aiding people who wanted to actively support ISIS and avoid getting caught by the authorities.

"This is just the sort of information that may have helped people involved in planning devastating, low technical level, attacks on crowded places as we have seen in other cities across the world.

"This conviction is a success, but we need to keep succeeding, which makes it important that we all remain vigilant and people act at the earliest opportunity by calling us confidentially if they are concerned about any suspicious activity."