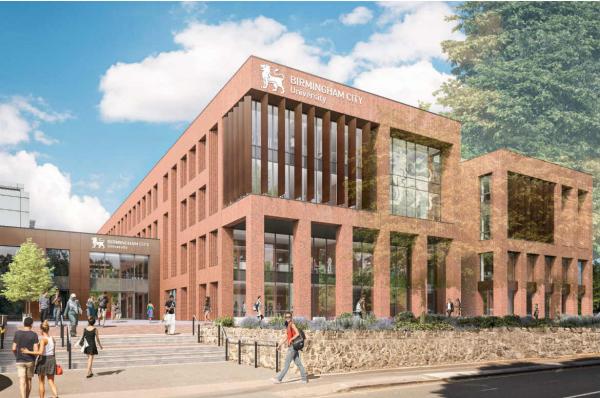 Birmingham City University has appointed BAM Construction in the Midlands to deliver a major extension to its City South Campus in Edgbaston.

BAM will create the University’s £41 million new building to facilitate a range of new courses in sport and life sciences.

The three-storey design and build contract will establish laboratories and teaching spaces that allow the development of new courses in health, nutrition, biomedical science and sport. The spaces will provide teacher training and specialist facilities for health sciences including provision for research, new lecture theatre, multi-purpose hall, speech therapy, physiotherapy and ultrasound suites, art and technology classrooms and IT hubs.

BAM is also refurbishing part of the existing Seacole building and carrying out additional external works.

The facilities, on Westbourne Road, will extend the university’s practice led learning and tackle the challenges of obesity and modern lifestyles as well as supporting elite performers.

BAM has been carrying our enabling works and is due to commence its main contract in June, completing towards the end of 2017.

A two-stage design and build contract, the architect is Sheppard Robson with whom BAM recently worked on an award winning complex remodelling of Hull University’s Brynmor Jones library.

Picture: BAM has won a £41 million contract from Birmingham University to develop its City South Campus

A £41 million university building in Birmingham has taken a major step forward as the finishing touches have been made to the development. Contractor BAM and...

Sodexo has launched its concierge service, Circles, at two university campuses as part of its Residential Living programme. Designed to give students a helping...