When the Boat Comes in 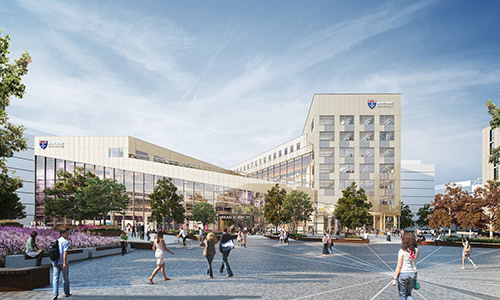 Science Central is expected to become a major UK hub for scientific research and technology businesses, creating the opportunity to create knowledge based jobs for future generations in Newcastle within the context of the much hyped ‘Northern Powerhouse’.

Newcastle Science Central is one of the biggest urban regeneration projects of its kind in the UK. The 24-acre science and technology hub on the former brewery site, known for brewing Newcastle Brown Ale, is located in Newcastle’s city centre and is set to create over 4,000 jobs, 500,000sqft of office space and 450 new homes.

“Building on our recent outstanding research successes, with the announcement of our three National centres – the National Centre for Ageing Science and Innovation, the National Institute for Smart Data Innovation (NISDI) and the EPSRC National Centre for Energy Systems Integration – this investment will take us a step closer to realising our vision for Science Central,” declared Professor Chris Brink, Vice-Chancellor, Newcastle University.

Speaking for Newcastle City Council Councillor Nick Forbes, Leader, stated the announcement was a “major milestone” for the partnership and was further testament to the progress taking place on Science Central through significant joint investments already made by both Newcastle University and the local authority.

For its part, Legal & General adopted colourful language to describe its role. “This investment is further evidence of the power of ‘bulldozer money’ to deliver high-tech growth and jobs through regeneration in the North,” declared Nigel Wilson, CEO, Legal & General. “Whatever the EU referendum outcome, we need growth in the UK and this is the way to deliver it.”

The deal represents the fourth project to be delivered since the start of Legal & General’s partnership with the Regeneration Investment Organisation (RIO), launched at 10 Downing Street in January 2015.

Picture: The Science Central in Newcastle is a significant plan for the city with a close partnership between Legal & General along with the university and local authority