Why Being SAD is Depressing 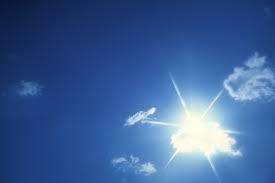 More research and recognition is being paid to Seasonal Affected Disorder (SAD) and it has been quantified.

Like other types of depression, it is more common in women than in men, with up to three times more women than men affected. The symptoms are most likely to develop in people aged 18-30.

Seasonal affective disorder (SAD) is a type of depression that has a seasonal pattern. The episodes of depression tend to occur at the same time each year, usually during the winter.

As with other types of depression, the two main symptoms are a low mood and a lack of interest in life. The person affected may also be less active than normal and sleep more.

Winter depression SAD is sometimes known as "winter depression" because the symptoms are more apparent and tend to be more severe at this time of the year. The symptoms often begin in the autumn as the days start getting shorter and are most severe during December, January and February.

In most cases, the symptoms of SAD begin to improve in the spring before eventually disappearing.

What causes SAD? The exact cause is not fully understood, but it is thought to be linked to reduced exposure to sunlight during the shorter days of the year as sunlight can affect some of the brain's chemicals and hormones.

One theory is that light stimulates a part of the brain called the hypothalamus, which controls mood, appetite and sleep. These things can affect how you feel.In people with SAD, a lack of sunlight and a problem with certain brain chemicals stops the hypothalamus working properly.

Light therapy is often used to treat SAD which involves sitting in front of, or beneath, a light box that produces a very bright light. Light boxes come in a variety of designs, including desk lamps and wall-mounted fixtures.

Depending on the nature and severity of symptoms, talking therapies such as cognitive behavioural therapy (CBT) or medication such as antidepressants may also be recommended.

You Are What You Eat

Taking the Stress out of Life

October 19th-25th is the European Week of Health and Safety. This year the week is focused around raising awareness of the importance of managing stress and psychosocial...