Winners and Losers for Living Wage 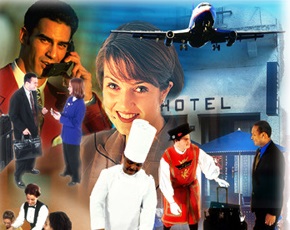 A new survey by PwC reveals that certain employers expect to pay an extra £1.6 million each on average in wages in 2016 and up to £11 million more by 2020.

The multinational professional services company states in its survey released this week that the introduction of the National Living Wage will have a disproportionate impact on specific sectors.

PwC surveyed the businesses to understand how they are preparing for the introduction of the new National Living Wage. Those organisations that currently have a large number of employees earning below £7.20 an hour will be affected from the first year and will typically see their wage bills rise by £2.3 million each in 2016 and £15 million each by 2020.

PwC suggests that businesses should start planning on how they will implement the National Living Wage now, even if they will not be immediately affected in 2016. It believes it is a chance for organisations to consider where they want to position themselves in the market and review their pay and benefit structures accordingly. ‘It is important that any changes are fit not only for the National Living Wage but broader pay changes’, the report states. These changes include increasing pension auto enrolment contributions, holiday pay changes, the new apprenticeship levy and gender pay gap reporting.

Over half of employers (57%) say they are likely to spend more on their wage bill to maintain pay differentials between their lowest pay bands. In the most affected sectors, PwC anticipates the cumulative impact of these costs ‘will drive wider business innovation’.

“While many employers should be able to afford the increase to their wage bill, the disproportionate impact on sectors employing a large number of lower paid workers such as retail, transport and logistics, healthcare and hospitality and leisure can’t be ignored,” explained John Harding, Employment Tax Partner, PwC. “Organisations must have a plan to deal with these costs, that isn’t simply passing them on to consumers or reducing headcount.”

The figures as they stand now of those not on the Living Wage were released earlier this week by the Office for National Statistics (ONS) and paint a picture of a significant portion of the workforce still paid lower than the voluntary scheme.

Currently 23% of jobs outside London paid less that the Living Wage last year compared with 19% in London which shows that the proportion has grown with wider regional variations. West Somerset, for example had the highest proportion of jobs paying below the living wage at 41.9% while Runnymede had the lowest proportion at 8.5%.

“Despite significant progress in many sectors, more jobs than ever are below the voluntary living wage rates that we recommend,” stated a spokesperson for the Living Wage Foundation. “These figures demonstrate that while the economy may be recovering as a whole, there is a real problem with ensuring everyone benefits, and low pay in still prevalent in Britain today.”

Picture:   A survey by PwC shows that certain sectors, like hospitality, will have to cope disproportionately with the impact of the Living Wage.