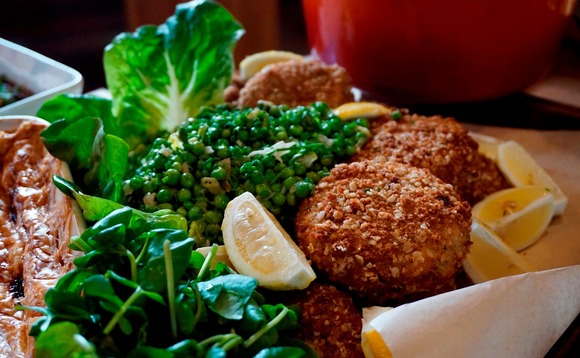 Sodexo has teamed up with conservation charity WWF to develop and pilot a set of 10 sustainable meals.

The project is part of Sodexo’s partnership with WWF on LiveWell, WWF-UK’s flagship programme of work which aims to encourage businesses and policy makers to facilitate the adoption of diets which are both healthy and sustainable.

The meals which were developed jointly by WWF experts and Sodexo chefs, align both with LiveWell principles and objectives set out in Sodexo’s Better Tomorrow Plan to ensure they are nutritious, lower carbon and that the ingredients are responsibly sourced. Examples include:

The meals, which will be marketed as Green & Lean, are being piloted over the next few weeks in eight of Sodexo’s independent school contracts and include favourites such as beef lasagne, chicken and leek pie and Lancashire Hot Pot.

The Green & Lean pilot was the subject of a panel discussion at the Food Matters Live exhibition. “It was really important that the meals we created tasted great,” said Tom Allen, Executive Development Chef for Independent Schools, Sodexo. “The idea was to make small changes to popular, well-loved dishes that would up the nutritional content and reduce the environmental impact, without dramatically changing the taste or the look of the dish.”

Brentwood School in Essex is one of the eight schools taking part in the trial and students at the school will get the opportunity to try each of the 10 sustainable meals twice during this half term. Initial responses from students have been encouraging, according to Sodexo.

Following the pilot, Sodexo intends to market the meals under the Green & Lean brand to other clients in the schools and universities sector and within its corporate services business, which provides employee restaurants to some of world’s biggest companies.

Picture: Fishcakes with taste form some of the Green & Lean range of meals developed by Sodexo with WWF