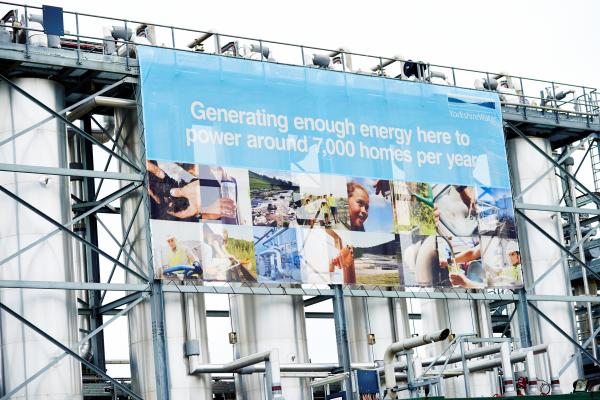 An energy supply and services partnership between Engie and Yorkshire Water will see Engie supply energy to the water company whilst the two companies work together on a cost-cutting exercise.

Last year Yorkshire Water spent £53 million on meeting its electricity requirements and so as part of the agreement there is a commitment to reducing energy consumption in addition to just supplying power.

Under the five year deal, opportunities for cost and carbon reduction will be identified by Engie through audits of Yorkshire Water’s sites. Engie will use its C3NTINEL online energy management platform to analyse historic usage patterns, monitor energy consumption and optimise demand.

The energy efficiency and optimisation measures identified will help Yorkshire Water meet its energy priorities, which include increasing the efficiency of assets and processes, managing demand more effectively and generating energy on site.

Yorkshire Water has a target of generating 12 per cent of its total annual energy needs via renewable energy. It has also managed to reduce its carbon emissions by 4.3 per cent in the last three years.

Sam Evans, Energy & Recycling Manager at Yorkshire Water, said: “Yorkshire Water has a sustainability programme with the objective of reducing carbon emissions and energy costs to keep bills low for our customers. Engie has a track record of delivering energy savings alongside its energy supply activities and will play a key role in supporting our efficiency and sustainability imperatives.”

Paul Rawson, CEO of Engie’s Energy Solutions Division in the UK, commented: “Farsighted businesses such as Yorkshire Water recognise the benefits of working in partnership with their energy providers to help improve their energy performance, cut costs and reduce emissions. We are delighted that Yorkshire Water has recognised.”

Picture: Yorkshire Water is already generating its own electricity

Amey has just secured a new metering contract with npower worth £35m over the next five years. The win will see Amey providing both gas and electricity metering...