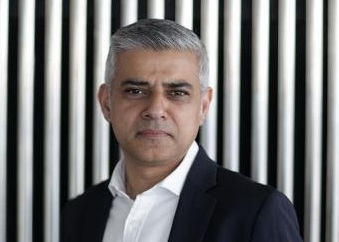 Worrying new figures published recently have revealed that Londoners living in the capital’s most deprived boroughs are up to twice as likely to die of lung cancer, asthma and other lung diseases than those who live in more affluent parts of the capital.

The Mayor of London, Sadiq Khan, has said that the statistics, published as part of a wider study on lung health from the British Lung Foundation, show the need for more urgent action to tackle the capital’s air quality, which fails to meet the legal requirements for pollutants such as Nitrogen Dioxide (NO2).

Under EU rules, London was required to improve air quality - an idea that Boris Johnson approved of but was unable to make major in-roads in to.

According to the new figures, residents of Tower Hamlets, Barking and Dagenham and Newham are up to twice as likely to die from lung cancer and other lung diseases than those who live just a few miles away in some of London’s most well-off boroughs such as Kensington and Chelsea, Westminster and Barnet.

Sadiq Khan said: “This deeply concerning report shines a light on health inequalities as well as how poor air quality is a ticking time-bomb for our health, particularly for Londoners. We have to tackle London’s dangerously polluted air and make sure that breathing clean air is a right, not a privilege.”

Dr Penny Woods, Chief Executive of the British Lung Foundation said: “We know that air pollution can have a detrimental effect on the health of our most vulnerable citizens both today and tomorrow and could cause lasting damage. It’s a worry for everyone, making existing lung problems worse, increasing our risk of lung cancer and early death. We must all play a part in reducing harmful pollution.”

Almost 10,000 Londoners die every year because of polluted air according to the latest medical research. London does not currently meet the legal requirements for pollutants such as Nitrogen Dioxide (NO2) and new research published by the World Health Organisation last month showed that London has breached safe levels of pollutant particles known as PM10.

Last month, the Mayor revealed that his predecessor failed to publish a major report that demonstrated that 433 schools in the capital are located in areas that exceed EU limits for nitrogen dioxide pollution.