All Go for Gold in Serco Image Rescue Plan 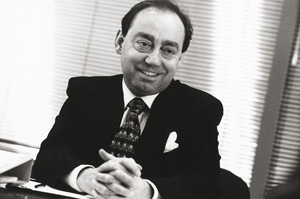 Serco has been forced to appoint a conservative peer, Lord Gold, in a bid to save its reputation and to avoid being blacklisted from Government contracts. The firm faces a difficult time following accusations – and a major police enquiry into fraud on prisoner transfer/monitoring contracts.

Gold was previously head of litigation at Herbert Smith but is probably better known for his involvement in mitigating the ‘Cash for Access’ scandals that rocked the Conservative party.

The appointment of Gold is being seen by the City as an attempt to persuade the powers that be that an inquiry will be stringent – and that senior company directors have nothing to hide. Those same directors have already claimed that ‘fraud’ was committed by employees and that it was not a systematic failing by Serco. Serco’s share prices have been hit by the fear the company could lose huge chunks of its business – approximately 45 per cent. Last week they fell by a massive 17 per cent – or £500m.

Gold has built a reputation as a corporate investigation hit-man with an ability to find sharks within large organisation and thus exonerate the principal directors.

Serco chief executive Christopher Hyman has publicly stated that the company would ‘put things right’. Serco has already agreed to repay any profits and forego any further profits on the contacts under investigation.

The Gold investigation will focus on a prisoner escorting contract with the Ministry of Justice worth about £285m. It is alleged that the Ministry was charged for delivering prisoners that were in fact never delivered to court or prison and for monitoring (via tagging) people that were not in fact being monitored. It is claimed that in more than one extreme case, the monitoring charges were applied to people who were dead!

In initiating the original police investigation, Justice Secretary Chris Grayling said: "It's become very clear there has been a culture within parts of Serco that has been totally unacceptable which need to be investigated by the police."

The cause for concern arose as a result of a prior investigation into suspicions that both Serco and G4S were overcharging on electronic tagging/monitoring contracts.

The latest scandal follows an earlier outcry in July of this year, when Serco and fellow outsourcing company G4S were accused of overcharging while monitoring offenders through electronic tagging. This led to an audit of the firms by the government, which raised the fresh allegations.