How has Remembrance Day Been Observed This Year? 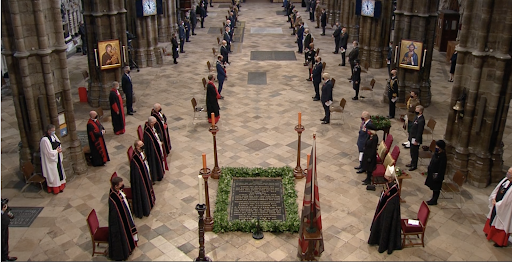 A special service was held at Westminster Abbey today to mark the centenary of the burial of the Unknown Warrior. It has been the only Remembrance ceremony held indoors in England in 2020, due to current lockdown restrictions.

Remembrance events to honour those who gave their lives in the defence of the nation have been held across the country this week – these were permitted by the government as long as they were held outside with strict social distancing measures in place.

Guidance was issued to councils across England about how to safely mark Remembrance Sunday on 8 November and Armistice Day on 11 November.

The Prime Minister's official spokesman explained: "It's important that the country can continue to come together to remember the sacrifice of those who have died in the service of their country, and we will ensure that Remembrance Sunday is appropriately commemorated while protecting public health."

A national ceremony was also held at the Cenotaph in London on Sunday, but with a vastly reduced number of veterans, politicians and dignitaries in attendance. Social distancing measures were in place and the service was closed to the public for the first time – people were instead urged to watch from home on TV.

Picture: a photograph of the interior of Westminster Abbey