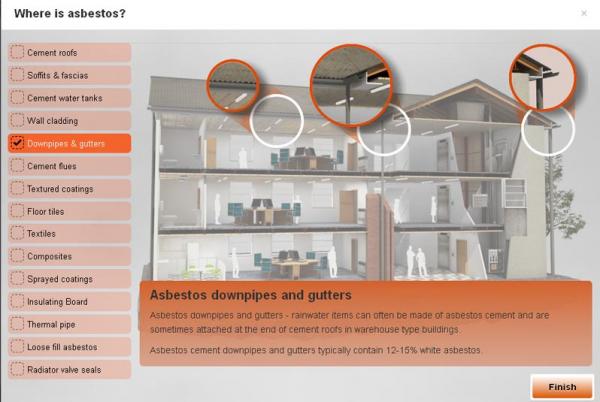 AMS Asbestos Management Services has launched a new e-learning programme that will help managers demonstrate staff competency in identifying and avoiding asbestos risk.   Approved by The Royal Society for the Prevention of Accidents (ROSPA) and independently audited by IATP, it is aimed at anyone who has even the slightest chance of being exposed to asbestos fibres at work including builders, electricians and maintenance workers.  The programme will enable managers to demonstrate staff are educated in asbestos awareness, thereby fulfilling the employer’s legal obligation to ensure are adequately trained.

At the end of the programme, costing just £30, staff should be able to identify asbestos, where it might be found and what to do in case of accidental disturbance, as well as learn about the major diseases caused by working with asbestos without adequate protection such as asbestosis and pleural thickening.

Available online, the programme is ideal for busy contractors who do not have time for face-to-face asbestos awareness training.  Comprising a compelling mix of video demonstrations, animation, interactive learning graphics and a multiple choice assessment, the programme also features a Learning Management System that enables managers to track staff registration, progress and certification.