Axe Swings at Vinci - Staff Fear for Who's Next 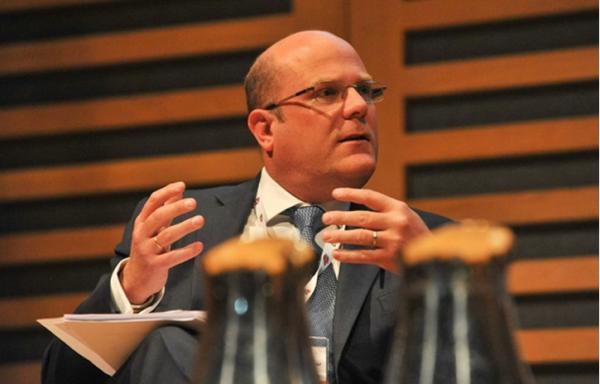 'We have the strength to maintain our course and continue to make things happen. In a period of global uncertainty, this strength and dependability sets us apart from the rest'. These fine words come from the Vinci Construction website. That's Vinci Construction, the firm that this week gave the old heave ho to MD Andrew Ridley-Barker (pictured) and Commercial Director Paul Tuplin and put a swathe of staff on notice that they risk losing their jobs - including those within Vinci FM.

Vinci has a steady flow of building and refurbishment work going through its books but like other construction firms - Balfour Beatty for example - has shown substantial recent losses. Last year Vinci Construction is said to have reported losses of £33 million. Within weeks of Balfour's latest financials, heads started to roll and with news that there are no buyers for its Blackpool International Airport (which will close next week) and office closures in Derby and Birmingham, its share prices fell by 7.2p.

Poor returns from construction diversity and PFI are causing many in the industry to call for a return to core business - including getting out of FM despite the natural symbiosis of the two disciplines. And one can see the logic - and examples that support it.

SPIE, as reported here on ThisWeekinFM (SPIE's Share Scheme Sinks - No Interest in Offer), couldn't find enough investors to take shares in the business via a flotation on the French Stock Exchange - they looked at the numbers and universally said 'Non'. Meanwhile, last week it emerged that Johnson Controls has decided to divest itself of its FM business - Global Workplace Solutions (Johnsons Blast Off in New Direction - GWS Journeys into the Unknown) but few could fathom why. Global Workplace Solutions in its different guises had operated over three decades and become a globally recognised provider. Then you look at the margins and sell, sell, sell seems the order of the day.

(ThisWeekinFM has heard there are three bidders for GWS, which was axed without a buyer even having been found. They are rumoured to be Carillion, ISS and Emcor.)

Johnsons wants to 'focus on its long-term growth strategy' - making money and good margins. Global Workplace Solutions isn't doing it. Though profitable, the profits are too small and drag the overall profitability ratio of the whole group down - making it unattractive to investors.

And there is the nub of the matter - global businesses not only don't want any deadwood, they don't want part of their business to make them look inefficient. And FM, a business proposition that sells itself on bringing in efficiencies, has proven itself in some quarters to be hugely profit-inefficient because it sells its efficiencies at the lowest price possible.

GWS generates 10 per cent of Johnsons turnover but this year contributed just 1.7% profit - and that's a good year. And despite the global facilities management industry being expected to grow (according to Forbes) at an average rate of 12.1% from 2014 to 2019, there is not the same confidence that margins will get substantially better.

In what some might call a bitter irony, Vinci Construction MD Andrew Ridley-Barker had earlier this year (as a top speaker at the London Infrastructure Summit) called for strong decision making - clearly not expecting Bruno Dupety, Vinci's Chairman and CEO to make a strong decision to oust him this week. It was also ironic that Ridley-Barker was talking about the importance of getting infrastructure projects 'streamlined' despite Vinci's involvement in the Nottingham Tram project which is still over-running, costing a fortune and riddled with rumours of corruption.

Ridley-Barker could not survive another year of loss making. Nor could Paul Tuplin - as Commercial Director he has also been hung-out for poor performance and must take some blame for the mixed messages the group puts out as to what it actually does - it certainly doesn't convert much of its building projects into ongoing FM contracts.

The FM business has many strings to its bow (which doesn't help with clarity of identity) ranging from social housing maintenance to FM in the retail sector - it is actually a credit to the overall organisation...but that hasn't stopped Bruno Dupety telling senior staff that they might be at risk of redundancy and will have to justify their roles in the business - effectively re-applying for their jobs. One can only presume that Bruno has looked at those margins and is considering his options.