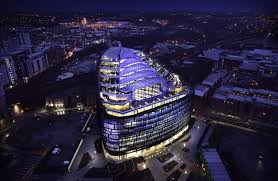 The SPIE Group has bought Scottish firm Scotshield Fire and Security - a first foray into the security market in the UK. The deal went through on 1 August but has only just been announced to the press.

SPIE is a technical services provider and the move is intended to enable SPIE to develop its expertise in intelligent buildings. The firm sees the addition of fire detection, security alarms, access control and closed circuit television systems fitting nicely with its existing portfolio of services.

Established in Scotland, in 1998 Scotshield's service offering included design, supply, installation, integration, service to maintenance with long-term maintenance and framework contracts. The company’s made sale of £23million to the year May 2014. On average the firm managed  200 concurrent installation projects and coverd 8,000 sites with service and maintenance contracts.