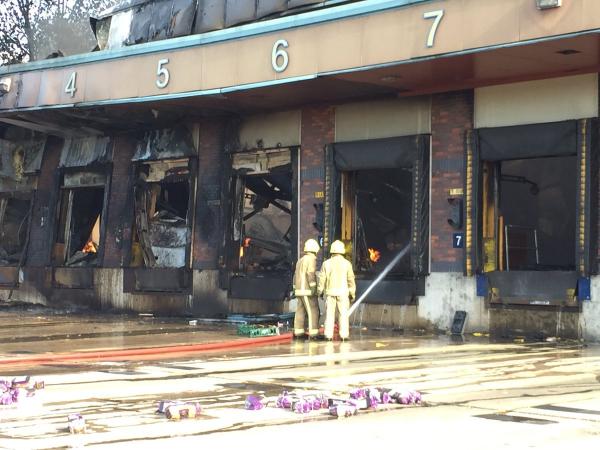 A huge fire broke out at a Morrisons supermarket bakery at the weekend - fortunately nobody was injured and the operator was sure that no customers will be without their daily loaf for long.

A Morrisons spokesperson said: "There was a fire at our Rathbones bakery in Wakefield. All 'colleagues' were evacuated quickly and safely."

However, the statement belies the extent of the pressure placed on the West Yorkshire Fire Service which also had to deal with another blaze which broke out on Sunday morning. 50 firefighters and equipment were deployed at the Morrisons' site in Wakefield (from 4:15pm onwards) and another 50 were sent to premises in Halifax - a farm being used to house lorries and wagons along with various forms of fuel.

Fire investigators were working at both sites on early in the week - although both were still being damped down on Monday.

At its height, the bakery fire had 15 pumps and two aerial appliances in attendance along with support units.

At its height, 12 fire engines attended to tackle the blaze in Halifax which involved a workshop and a large number of wagons, both inside the building and outside in the yard. The fire also involved tyres, LPG cylinders, Acetylene and Diesel. A Fire Service spokesperson said: “One man was treated for smoke inhalation but fortunately there were no serious injuries as a result of the fire. "We estimate that around 40 wagons have been destroyed by fire.”

Picture: A Morrisons bakery has been gutted by fire