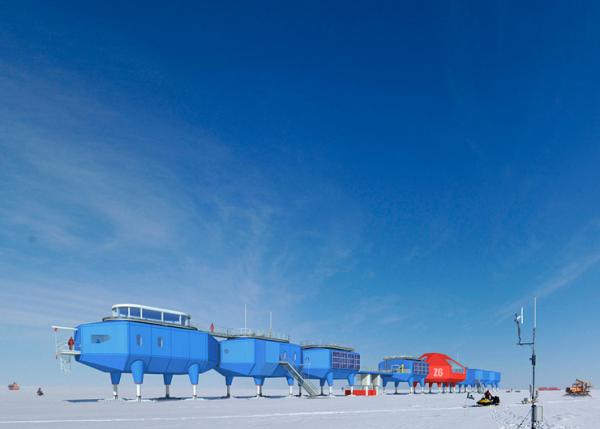 A construction programme to modernise UK Antarctic and other research facilities has been published in the Official Journal of the EU.

Construction companies with a strong track record of high quality engineering and technology expertise have been invited to submit expressions of interest in a 10-year modernisation programme that is associated with the UK government’s recent £200 plus million investment in Antarctic and Arctic science infrastructure.

Potential bidders are invited to a Construction Partner Open Forum Industry day to be held in June 2016 which will provide an opportunity to partner with British Antarctic Survey (BAS) to deliver projects in both polar regions.

Commissioned by NERC, this modernisation programme is aimed to deliver a ‘world leading national capability’ and will offer new research opportunities for the UK science community to try to ensure that the country remains at the forefront of climate, biodiversity and ocean research in the polar regions.

The Construction Partner Open Forum Industry day will be followed by a competitive tendering process to select a construction partner that can work ‘very closely’ with BAS and its technical adviser (Ramboll) over an extended period to actively manage and jointly share the challenges and risks associated with construction in Antarctica.

Successful partners will be expected to have the overall capability to deliver effective construction programmes that combine civil engineering, buildings and related mechanical engineering in various regions of the world where BAS and NERC have a scientific research interest, including in the UK and in ‘very challenging’ environments overseas. NERC overall construction requirements will arise from the current review of its whole estate.

“This is an exciting time for polar science and initial construction works include the alteration and extension of the wharf and slipway at Rothera Research Station on the Antarctic Peninsula in preparation for the arrival in 2019-20 of Britain’s new polar research ship,” stated Captain Tim Stockings, Director of Operations, BAS. “This new state-of-the-art research ship – commissioned by NERC, built by Cammell Laird and operated by BAS – will transform BAS operational delivery of UK polar science.”

Stockings confirmed that the Antarctic Research Station modernisation plans will be introduced from 2016-17 with the declared goal to improve overall operational effectiveness and improve science capability, sustainability, energy efficiency as well as improving the standards of living for scientific research and support teams.

Picture: More facilities will be built in the polar regions similar to Halley VI, the scientific research centre built by BAS on the Brunt Ice Shelf in Antarctica to maintain the UK’s position