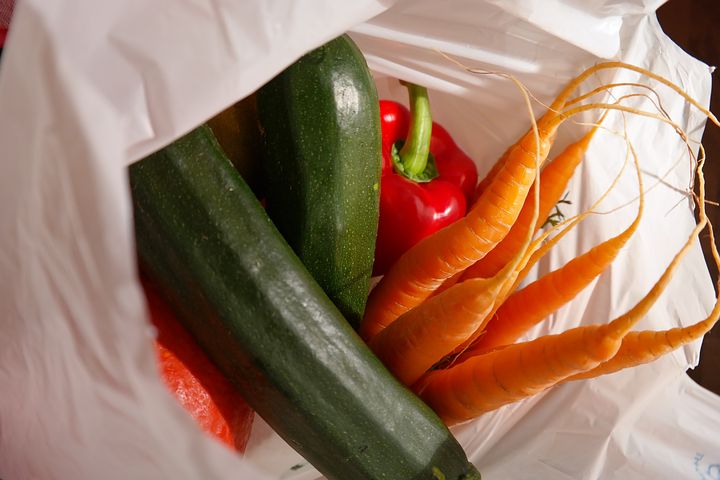 Aspiring entrepreneurs are taking to selling plastic carrier bags outside of supermarkets and convenience stores, undercutting the 5p price in-store and reaping the rewards of a forgetful nation of shoppers.

Anecdotal evidence gathered by UK waste management agency, BusinessWaste.co.uk, has shown that while many of us have adjusted to the 5p levy on plastic carrier bags introduced by the Government in 2015, hordes of absent minded shoppers are still being caught short.

A number of business-minded individuals, however, have spotted a niche market – and are selling their own spare carrier bags outside supermarkets at below the going rate, as Matthew, 34, from Bradford, experienced: “There’s a gang of kids outside my local shop selling carrier bags for 3p each,” he laughed. “At first I thought it was a joke but they were even doing deals – 5p for two bags!”

BusinessWaste.co.uk’s own research concluded that ‘multi-buy’ deals from the savvy sellers were common, with one shopper reporting ten carrier bags for just twenty pence – much cheaper than the supermarket’s own prices. And, in the spirit of the levy’s original aims of reducing plastic waste, these carrier bags are getting more than one use, something which BusinessWaste.co.uk says can only be a good thing.

“I have to say, I laughed when I first heard about this,” Mark Hall, spokesperson at BusinessWaste.co.uk, commented. “Obviously, it means the supermarket will miss out on bag sales, the profit from which could be donated to good causes as it is in some supermarkets – but ideally there wouldn’t be any revenue from bags at all and consumers would recycle their old ones.

“In this case, if these bag-sellers are using their own stash of bags to sell, then they’re helping slow the consumption of new plastic bags and that’s admirable in itself.”

In the year after the single-use plastic carrier bag levy was introduced, top retailers reported an 83% reduction in the number of bags issued – equivalent to each person in the UK using 25 new bags per year instead of 140 before the charge.

While public reaction was initially mixed, the numbers show that shoppers adjusted quickly, and the scheme has contributed to a £60 million saving in litter cleaning costs – as well as a staggering £730 million raised for good causes. The Government asked that retailers donate the proceeds of the bag levy to good causes – and 72% of those went to causes including charities and environmental funds.

And, while shoppers are more and more likely to remember to recycle their own bags, those who’ve forgotten to bring one along aren’t phased by these enterprising carrier bag salespeople.

Chris, 73, from Nottingham, said: “It’s usually kids I see selling them – and it’s better than them getting up to no good. If I can’t carry my shopping then I’m happy to pay a bit less to them for a bag!”

Mark Hall concluded: “Hats off to the budding entrepreneurs, of course. But for those shoppers getting caught short – most households have plenty of carrier bags lying around. If you’re prone to forgetting your bags then pop to your car and put a handful in your glovebox or boot now. You could even keep one in the pocket of your coat if you tend to walk to the shop – that way you’ll always have one with you.

“Not only will you be saving yourself a few pennies each time – and they all add up – but you’ll be doing your bit to ensure we reduce the damage plastic waste causes to the environment.”

Picture: I'm not asking for 5p, not even 4p - young entrepreneurs are flogging re-use shopping bags for less than the supermarkets. Wouldn't it be nice if they were collecting bottles and redeeming deposits?