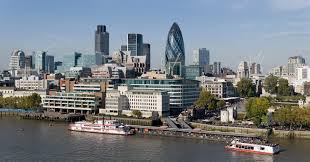 The changing face of the City property market saw the technology, media and telecommunications (TMT) sector take up nearly a quarter of all space in the Square Mile last year, according to a new report published today by the City of London Corporation and the City Property Association.

In 2013, TMT companies accounted for the largest proportion (23%, 1m sq ft) of City space, followed by other professionals (excluding legal) and financial occupiers (18%). By comparison, it provided between 7 to 9% of take-up during the 2004-2009 period – but then doubled its share in 2010 and has continued to rise.

This trend – identified by the report authors DTZ and JLL – is driving demand for flexible and adaptive office space in the City. This has been reflected in the growing number of businesses in serviced premises, which climbed from nearly 700 in 2003 to almost 2,400 firms in 2012 as recorded by Trends Business Research (TBR) in a report on Firm Migration in January. This continued in 2013 with an additional 12 service office centres opening.

Mark Boleat, Policy Chairman at the City of London Corporation, said: “Businesses are increasingly open-minded about location as technology and transport improvements such as Crossrail increase connectivity across London. This means the City has to ensure its office stock is fit for changing occupier demand. This could mean, for example, that although the trend towards a smaller number of large buildings may continue we will see increased sub-divisibility to cater for smaller occupiers.

“The Square Mile is playing an increasingly important role in providing space and the right business environment for ‘Tech City’ businesses as they mature and move closer to their markets. We want the next Facebook, Twitter or Google to emerge from London. That can only happen, however, if they have access to the suitable space that will enable them to grow and flourish.”

Robert Samuel, Senior Vice President of the City Property Association and Head of Office Development Management at British Land added: “City property owners continue to create excellent office space catering for a range of occupiers within vibrant mixed used schemes, adding to the City’s offer. The occupier is evolving and the industry is providing a variety of property solutions to meet the forecast 5.1m sq ft of additional demand in the next decade. The City offers exciting property options as the world’s leading CBD with superb transport links which will be enhanced further with the arrival of Crossrail in 2018.”

City to maintain its position as office core

Richard Yorke, head of UK Research at DTZ, said: “The Central London office market will continue to grow. With the financial sector likely to experience only modest growth in employment, the TMT sector is becoming more important as a source of demand. In addition, there is increasing foot looseness evidenced by this and other occupier segments. Growth will provide opportunity for the City to retain and extend its position at the core of the office market. However, the considerable achievements of the past will need to be extended for it to meet the growing competition from other office locations in Central London.”

Jon Neale, head of UK Research at JLL, commented: “When considering locations, companies are increasingly focussed on the quality and sense of place and the amenities on offer, as well as the quality of office space available. They see this as key to staff recruitment and retention, as well as playing a role in enhancing productivity and brand image. The City faces increasing competition from locations such as King’s Cross, where a vibrant mix of uses and large-scale placemaking have been embraced on a significant scale. The City must continue to enhance and develop its built environment and occupier mix to ensure that it remains the premier location within the capital.”