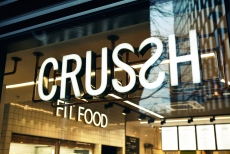 It was a Crusshing end to the FM week with only two major contracts being nailed and a substantial acquisition to report. Plus there's a bit of stirring going on - or not anymore perhaps?

Sodexo Gets a Crussh On

Sodexo has signed a franchise partnership with Crussh to introduce the high street brand to its retail offer across the UK and Ireland.

The deal will see Crussh outlets opening at Sodexo client sites with large volumes of customers, including universities, hospitals, major events and corporate workplaces. Crussh will be an exclusive offering to Sodexo’s clients in these markets.

Crussh is a juice, smoothie and healthy fast food retailer with 30 stores in London.

The deal will see more than 35 Crussh franchises open at Sodexo sites across the UK and Ireland over the next five years, with the first due to launch later in 2018.

Sodexo says no to plastic straws and stirrers

Sodexo has also banned the purchase of all plastic straws and stirrers across all its UK & Ireland businesses and committed to phase out single use plastic bags and polystyrene foam items such as cups, lids and food containers by 2020.

Interserve has won a 7-year special events services contract worth over £15 million with the Metropolitan Police Service.

The renewal builds on Interserve’s 19-year relationship with the police service and will see the company continuing to support operational policing throughout the capital during planned and unplanned events. This includes deploying traffic management services, engineering & procurement services such as temporary power, lighting, water utilities and event equipment.

The contract covers a diverse range of services and products including the manufacture and deployment of witness appeal and traffic signs, crime scene tents as well as supporting officers at demonstrations and ceremonial events to ensure public safety, by providing full signage and street furniture for road closures.

Atalian Servest, has made its first acquisitions since forming as a result of the recent merger between Atalian and Servest.

The Thermotech acquisition will increase Atalian Servest’s footprint in the retail, commercial, industrial, residential and public sectors. In addition, it will enable the organisation to provide a critical self-delivered solution in the rapidly expanding fire protection sector to its growing European client base.