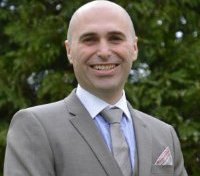 The white paper, focuses on security in commercial applications, examines issues faced by commercial owners, including employee theft, property and ‘desperation’ crime, together with the emerging issues surrounding cybercrime threats that have only recently entered police crime statistics.

Also investigated in the discussion document is the fire and security implications of the changing workplace practices, including the natural encouragement of flexible working and rapid adoption of Bring Your Own Devices (BYOD.)

“Through the evolution of technology, today’s workplace has evolved from people sitting in allocated desks through structured hours to many companies adopting an agile approach to how their workforce operates,” stated Jamie Allam, Commercial Director, Amthal Fire & Security and author of the white paper. “This, together with the rapid adoption of BYOD means staff are entering and exiting buildings on a much more fluid basis with personal valuable equipment, all of which has serious implications for the fire and security requirements to protect people, premises and assets on site.”

Mr Allam went on to explain that this white paper, he had attempted not only to raise awareness of these issues but also tie in current crime statistic concerns. The aim was to show how security and FMs could navigate an effective strategy and thereby provide the necessary fire safety and security measures in a commercial environment.

“While we hope this white paper offers necessary guidance and support, we also realise we are opening the discussion on what is really a very complex and challenging debate,” said Allam.

Picture: “....Today’s workplace has evolved from people sitting in allocated desks through structured hours to many companies adopting an agile approach to how their workforce operates” – Jamie Allam, Amthal Fire & Security

The efforts of two members of staff a security team have recognised by British Land. Charles Nyeko and Mohammed Hamza Dhimen were recognised for going the ‘extra...

Getting Fired up for Courses

BRE has a number of useful fire training courses for 2016 that FMs are encouraged to attend if they wish to improve their knowledge of this vital aspect of...

After things went hugely pear-shaped at the Oval from a security perspective, major football grounds have revealed the extent of their Counter Terror (CT)...