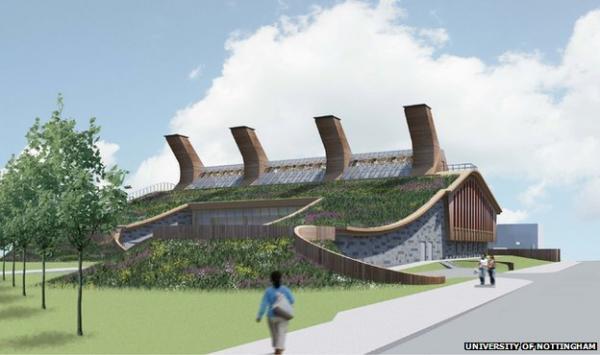 The report from the Nottinghamshire Fire and Rescue Service, did not find that the main contractor, Morgan Sindall, or its sub contractors had acted outside any relevant safety regulations.

Due to open this year and part-funded by GlaxoSmithKline building in Lenton, the £20 million building was consumed by fire on 10 September 2014 and needed 60 firefighters to put it out. The University of Nottingham confirmed that the carbon neutral laboratory would be rebuilt and opened next year.

Once the fire had broken out its spread was probably due to there being an absence of ‘fire doors or in some areas glazing, there were open voids between floors. Whilst services were being installed and commissioned this caused the building to be self-ventilating and once the fire had taken hold it then passed through the building rapidly and with some ferocity.’

Picture: The £20 million carbon neutral laboratory at Nottingham Unity, which was completely destroyed last September, will be rebuilt and is due to be opened next year.

Fire Door Safety Week, which runs from 16-21 September 2013, is all about raising awareness of this critical element of fire safety in every commercial, public and...