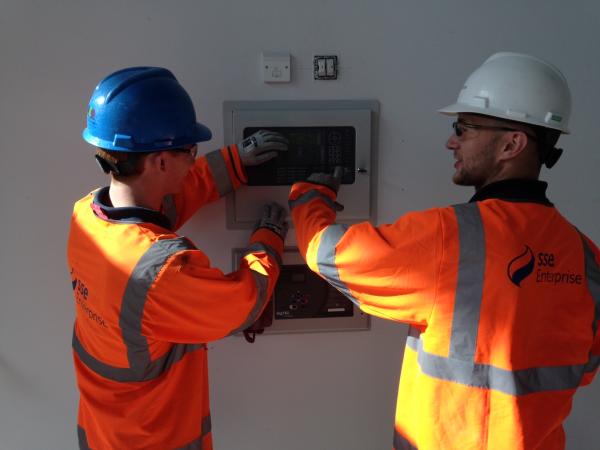 SSE Enterprise Contracting has expanded its capabilities to include fire and security services with a new division in Tayside.

Both accreditations involved audits of SSE Enterprise Contracting’s management systems and installation works, giving clients the reassurance that the business installs its systems to professional standards.

The formation of the Fire and Security Division was conceived and led by SSE Enterprise Contracting Project Engineer Brian Christie, who said: “Having these accreditations allows us to tender for a greater range of products as many clients, such as local councils and building contractors, will specify a need for either one or both accreditations or an equivalent.

“We are currently operating in Perth but hope to expand the division to service the North and eventually branch out to cover the whole of the UK. I believe the business one day has the potential to sit alongside our other business divisions, such as Civils, Electrical and Instrumentation, and High Voltage Engineering.”